The Idiocy of the $10 Debate 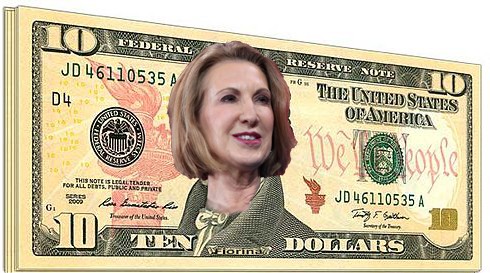 Jake Tapper and CNN paid service to the most ridiculous aspect of the leftist political playbook in the second Republican presidential debate, that of identity politics.

Tapper’s question asking which female historical figure should have their face adorned upon the ten dollar bill is trivial and completely devoid of real substance at best. These are presidential debates, not the first day of school. One half expected Tapper to ask what the candidates’ favorite color is.

The identity politics nature of these types of questions is the most galling and the least helpful to the American voters. Aesthetic decisions regarding currency have just as much effect on the lives of women as changing the Washington Redskins logo would have on the lives of Native Americans. Absolutely none.

If the left continues to believe that Republicans are waging a war on women, they should be seeking to ask candidates about their actual policy positions. These “gotchya” tactics are juvenile, and have a tendency to blow back on their originators. See the case of former Senator Mark Udall in Colorado. He earned the nickname Mark Uterus, and lost his bid for another term.

Senator Barbara Boxer (D-CA) has condemned Carly Fiorina’s presidential run, saying on MSNBC Live, that it was disgraceful for Fiorina, “to be the only woman in the race, and stand with the men, and attack a woman’s right to choose.”

This is the same left that wants everyone to oppose every stereotype, wants to shut down everything they find mildly offensive, and wants and to stamp out thoughts of people as a group. At the same time, they themselves have a group mentality that thinks someone is a traitor if they belong to a group that typically supports them but they vote Republican. Saying that ISIS and Al-Qaeda are Islamic terrorist organzations is disrespectful to Muslims, but all minorities and women must vote for the Democrats or they are traitors to their race or their gender. So much for individualism.

Feel good statements of action pay service only to the least attentive of the politically illiterate. The Redskins logo and Alexander Hamilton’s face on the ten dollar bill don’t affect anyone’s life. At the same time, the hypocrisy of claiming to stand for women and minorities only so long as they vote your way only goes unnoticed by the same low level blood sucking political leeches.

Carly Fiorina had the best line of the debate, coming off of one of the worst questions of the night.

“I wouldn’t change the $10 bill, or the $20 bill,” said Fiorina, “I think, honestly, it’s a gesture. I don’t think it helps to change our history. What I would think is that we ought to recognize that women are not a special interest group. Women are the majority of this nation. We are half the potential of this nation, and this nation will be better off when every woman has the opportunity to live the life she chooses.”