Hey Hey! Ho Ho! Yankees Have Got To Go! 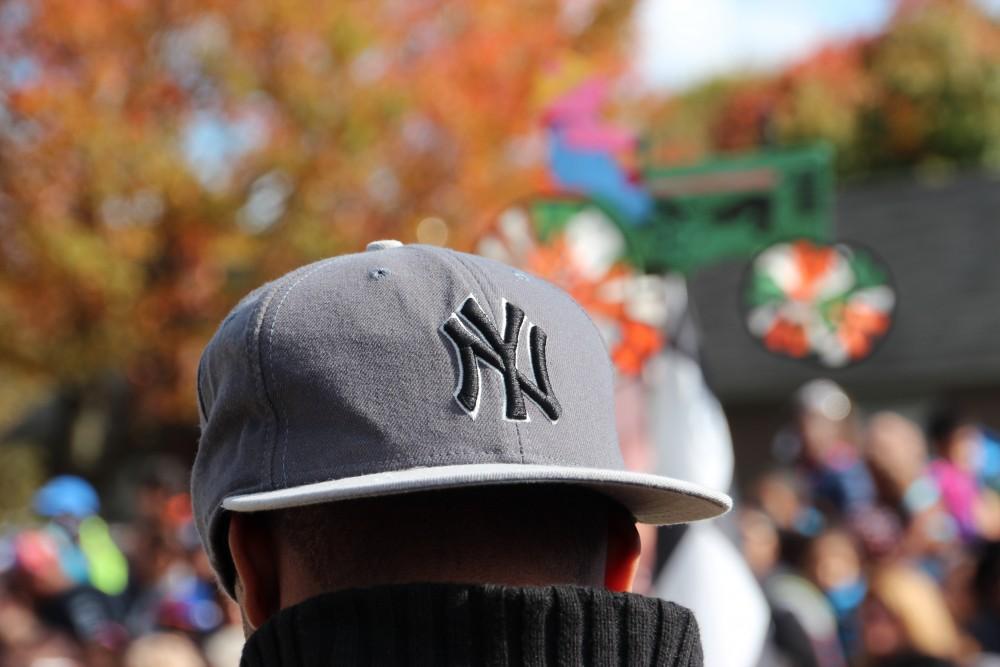 People have been taking the idea of free speech way too far. Why do people feel entitled to a constitutional right when it subjectively offends me, as a marginalized person? We need to bring the fight for social justice from inside the political and academic arenas on campus and integrate it into the daily lives of everyone, whether they like it or not. One extreme trigger that must be addressed is the Major League Baseball’s hateful presence on campus.

It’s the hats. No, it not a “Make America Great Again” hat. It is something much, much worse. The navy blue cap with white lettering. The New York Yankees.

The wearing of Yankees apparel needs to be limited on this campus in order to create an all-inclusive environment where fans of every other Major League Baseball clubs can feel safe. The Yankees have historically been an oppressive organization that has made life systematically difficult for all other major league teams. The Yankees have 27 World Series titles, by far the most of any Major League club. The next closest is the St. Louis Cardinals with 11, with our own Minnesota Twins lagging far behind with only two titles.

This shows a huge lack of equity within the system. We have made great strides as a society with the Yankees only taking fourth in their division this year, preventing them from adding to their number of championships. Since we cannot limit them from making the playoffs, we need to discourage their support by banning all Yankee apparel on campus.

The New York Yankees are the epitome of an evil capitalist organization. The Yankees current net worth is 3.2 billion dollars—billion with a “b”. The Twins haven’t even cracked one billion dollar mark at only about $910 million in net worth. They might as well spit in the face of the historically marginalized Tampa Bay Rays who are only worth $450 million. I bet their owner doesn’t even keep a yacht on Lake Minnetonka! This wealth inequity is not fair.

The Steinbrenner family, who owns the Yankees, just bought their own stadium and gave out contracts based off of business principles. Everyone knows that the state needs to buy the stadium and own the means of production. They have the right to award work based on nepotism and political favoritism. What do they think, that this is some kind of free market where we can make our own decisions? This sense of independence is a huge threat to our goal of a giant collectivity of consciousness. Perhaps the worst offense—and the reason should not be complicity supported by the University—is the unfair access that the Yankees have to the media. They have a greater access to speech, therefore speech must be repressed. The Yankees Entertainment and Sports Network, also known as YES, provides year-round Yankee coverage while smaller market teams like the Twins have to fight with other sports programming for local access. This is not equitable and we should be ashamed to allow it to happen.

The Yankees are just the worst ever. Whoever says that wearing a Yankees hat is harmless, doesn’t know what it is like to come home to see their World Series dreams crushed by the Bronx Bombers. To be a truly progressive campus, we need to disregard dissenting opinions and sentiments. They are a winning-normative, cis-uniformed team, greedy team. They are not my team. Yankees fans: check your privilege and keep your hats off campus.