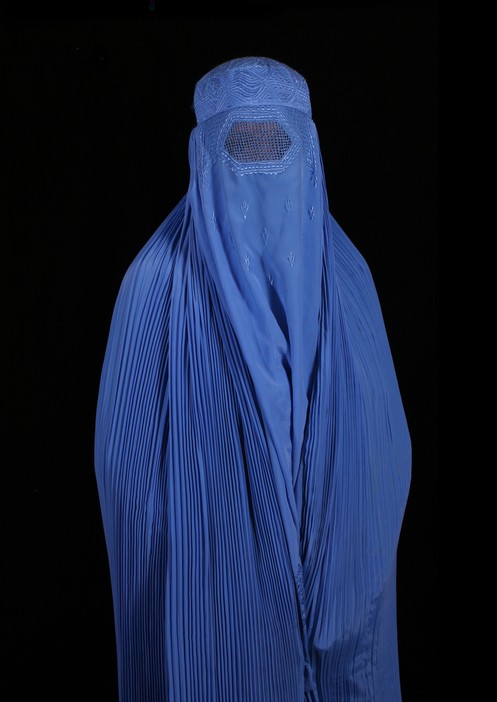 Woman From Afghanistan on Black Background

In an unexpected statement, German Chancellor Angela Merkel proposed that Germanyban the burqa or niqab (the Islamic headdresses that covers a woman’s face) wherever possible.

Merkel’s statementmay be understandably shocking to some people: from the woman who wants no government interventionin her life, to the man who fears the impending consequences of Islamophobia, the ban seems scary and unjust. Conversely, however, Merkel’s proposed burqa banis not only bold, but alsothe correct step for Germany and Europe.

The covering of the face, even for “religious” reasons, presents a direct threat to security in a community. Burqas are essentially full body masks that prevent any sort of individual identification. It would be incredibly easy to evade responsibilities for crimes committed by individuals who were masked by a burqa at the time of the alleged offesne. Even the Kingdom of Saudi Arabia—a country where women are not allowed to drive—does not allow the covering of the face for security reasons. If that doesn’t convince you, then perhapsthe decision by the Islamic State to ban burqas, citing security measures, will.

Before shouting”Islamophobia!” and beginning a Facebook activism campaign, try to look at the burqa ban from an intersectional viewpoint: Do you view women as property, or not? If the answer is (hopefully) no, you need to support the burqa ban.

The covering of the face is the covering of the person. It is a tool used by men to control women. Let’s look an example of a society in whichwe find burqas in an abundance: Tribal Afghanistan. Does this society allow women to live their lives without the direct guidance of men? No, the burqa is used as a tool to control women within it. If you are a self-proclaimed feminist, you need to support the burqa ban, as you do not support the treatment of women as chattel property.

The strongest argument against the burqa ban argues forprotecting Islamic Freedom of Religion, but in what context is this the Freedom of Religion? It needs to be understood that nowhere in the Quran is the burqa, or any other face-covering garment, prescribed to the followers of Mohammad.

The traditions of the face-covering of women are pre-Islamic; it has tribal origins. This is precisely why it is done in the backwater societies of Central Asia, and not in the cosmopolitan communities of the Islamic world. Wearing a burqa is not a practice in civilized societies, and it is a relic of the past that makes societal progress more difficult. In fact, there are many Islamic leaders—in Europe and in the Middle East—who condemn the practice of wearing the burqa. The issue has nothing to do with religion, so to view it as a question of Freedom of Expression is incorrect. Is this woman freely choosing to wear this garment, or has her society pressured her into wear it?

Right now, Germany is in a very precarious position. It is the glue holding the European Union together. Angela Merkel sees and understands that there is a cultural attack occurring. It is not a religion that is problematic; it is the practices of cultures independent of that religion. Treating women like property is not a value of Germany, greater Europe, or Islam, and it cannot be tolerated. When a migrant moves to a different country, he or she needsto adapt to the new society. I didn’t blast my stereo in Spain in-between the hours of 2:00 p.m. and 4:00 p.m., because Spaniards have the siesta and I respected that. Is it too much to ask for a family to ditch their tribal practices of oppression when they move to a free, western country? If you are going to live in and benefit from a free society, you cannot continue practices that are inimical to its freedom.

France and Belgium have already enacted similar anti-burqa laws. Stating that there is no Islamophobia in Europe is incorrect. When the French authorities stripped a woman’s burqini on a beach on Bastille Day, they went too far. The women who wear these coverings are not perpetrators, but rather victims, and law enforcement officials must recognize that. The mass immigration in Europe has been a complete mess. Europe needs to be able to help these migrants transition into European societies, and the burqa ban is a way to prevent future problemsand give the new immigrant women the rights that they so deserve.