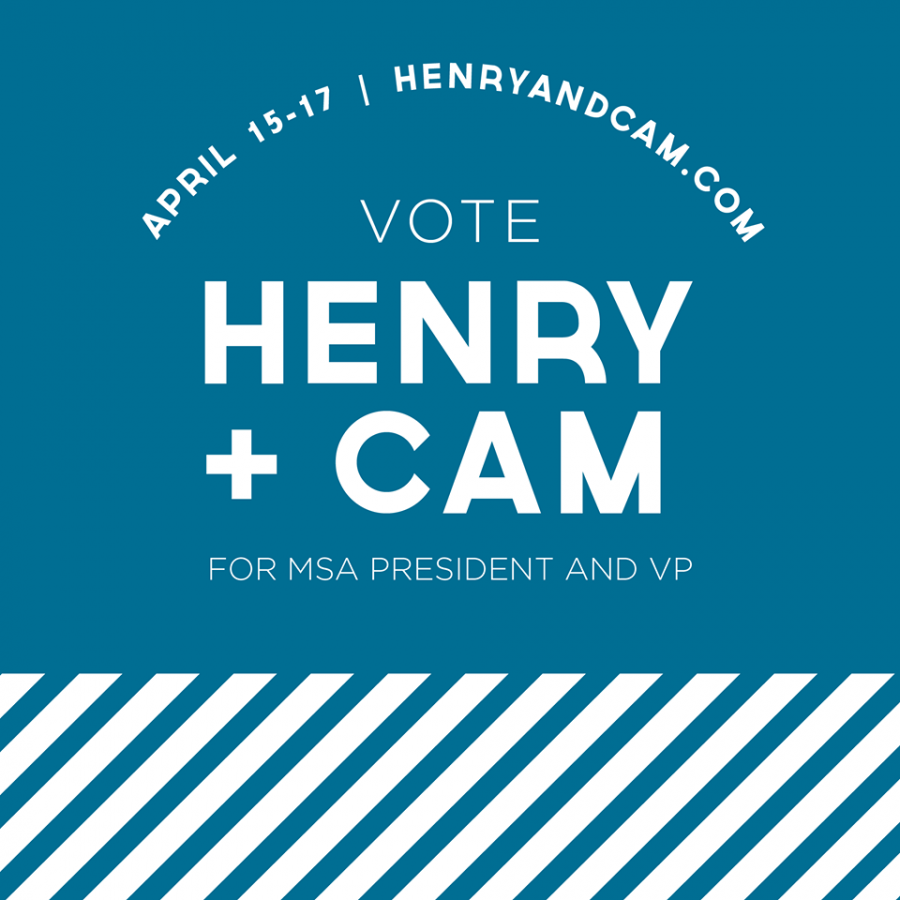 With the Minnesota Student Associationelections this week, there is a lot of attention on the presidential race which– until recently– was a three-way race. On Tuesday, Prahith Chakka announced that he and his running mate, Devon Ley, were dropping out of the race viaa Facebook update.

With this announcement, the two remaining candidates are Joelle Stangler, who is the current MSA president, and Henry Benson, MSA’s Grants Committee Director. Along with the announcement was an endorsement of Benson and his running mate Cameron Holl.

“At this point it was evident that we weren’t going to get the number of votes to win,” said Chakka on Tuesday.

Chakkaalso mentioned that they were not initially planning on endorsing Benson, but that he and Leychanged their minds after seeing tweets from the MSA Presidential Debate on April 8. Audience members were encouraged to use the hashtag #MSAdebates on Twitter to ask questions or discuss the policy ideas of the candidates. Severalof the tweets mocked Ley’sanswer to a question abouthis proudest accomplishment, to which he answereditwashow he had raised his GPA.

I would make a great VP because I raised my grades. #msadebates

Chakka also said that immediately after the debate, a numberof the more hateful tweets were favorited by Stangler. Chakka believes that by favoritingthe tweets, she is implicitlyagreeing with the mocking comments which, considering that she said that mental health was an important issue, could be viewed as hypocritical.

“Henry is the candidate who actually cares about the mental health issue,”said Chakka.

With voting starting only one day after the announcement, students will have a short time to reconsider the narrowerfield by the time they go to cast their votes. However, since it is unlikely that any Chakka supporters will vote for Stangler, the race has become much closer followingthe endorsement of Benson.

Benson and Holl accepted Chakka and Ley’s endorsement in a post on their campaign’s Facebook page Tuesday morning.

“We are proud this morning to gladly accept the endorsement of Prahith Chakka and Devon Ley,” read the a post, “We have recognized that it is time for change within MSA and that we can achieve this by working together.”