The Minnesota Republic • May 6, 2014 • https://mnrepublic.com/2420/uncategorized/a-lesson-in-american-democracy/

A Lesson in American Democracy 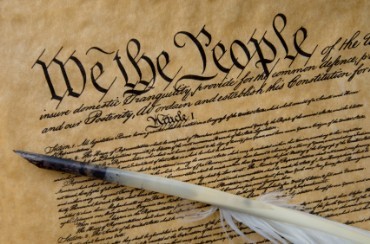 A recent study by Professor Martin Gilens of Princeton University and Professor Benjamin Page of Northwestern University has recently come to the conclusion that the United States is no longer a democracy.

Let us place aside the fact that the United States is in fact a republic, and assume that they mean the United States no longer has a democratic society. We will focus instead on the study’s claim that economic elites and interest groups have an undue amount of influence in American politics.

The study, entitled “Testing Theories of American Politics: Elites, Interest Groups, and Average Citizens” is filled with contradictions and back tracking, while still attempting to condemn wealthy citizens and interest groups. It is a left wing attack on the American political system, trying to instill fear of a fictitious supposedly imminent or present oligarchical control of American politics.

The study claims that, “economic elites have far more independent impact upon policy change than the preferences of average citizens do.” If they authors were so sure of this that the facts of their study were to be insurmountable, their next sentence would not then include “they [ordinary citizens] fairly often get the policies they favor.” Influence in politics cannot happen both ways. It is not possible for us to live in an oligarchical society in which the rich get all the policies they favor by wielding undue influence, and at the same time live in a society where the average citizen also get most of the policies they want.

I said earlier that the study was a left wing attack on the wealthy and interest groups. I say that, not merely because it is an attack on such groups, but because it makes special exemptions for such groups as the left favors and benefits from in campaign fundraising. To quote the study, “a few groups (particularly labor unions) represent average citizen’s views reasonably well. But the interest groups system as a whole does not.”

Really? Labor unions represent average citizen’s views reasonably well? Well Professors, the workers at the Volkswagen plant in Chattanooga, Tennessee would beg to disagree with you, given their vote to reject unionization under the United Auto Workers. If one is going to broadly condemn a whole part of the contemporary American political system, it is unbecoming to exclude the groups that one favors, particularly in a supposedly purely academic setting.

It is clear that the coverage of this study, which still has yet to be actually published, is designed to fit a narrative. MSNBC and other outlets have circulated this because it suits their crusade against money in politics, being especially relevant given the recent Supreme Court decision in McCutcheon v. Federal Election Commission. The BBC in its coverage of the story quoted Robyn Pennacchia of Death and Taxes Magazine as having written, “Perhaps we ought to suck it up, admit we have a classist society and do like England where we have a House of Lords and a House of Commoners instead of pretending as though we all have some kind of equal opportunity here.” Ms. Pennacchia seems not to realize that unlike the House of Lords, neither chamber of the United States Congress has 92 members that hold their positions by virtue of hereditary peerage. She seems also to have forgotten how much more democratic the United States has actually become in recent history.

Throughout the 238-year history of the USA, it has become nothing if not more democratic. This sudden condemnation of money in politics in interesting, considering it was ever thus. Remember, voting rights in the United States were initially restricted to white, land owning men. A number of America’s founding fathers were wealthy slave owners, the institution of which wasn’t abolished until the mid 19th century by way of the bloodiest war in American history. The passage of the 13th, 14th, and 15th Amendments, respectively, ended slavery, granted citizenship to all persons born in the United States, and prohibited the denying of a citizen’s right to vote based on “race, color, or previous condition of servitude.” The Civil Rights Acts of the 1950s and 60s further expanded protections for minorities, particularly concerning voting rights and prohibiting race based segregation.

The twentieth century was also filled with amazing steps forward for American democracy. Direct election of Senators was introduced in 1913 with the ratification of the 17th Amendment. Women were granted the right to vote in 1920 via the 19th Amendment. This was less than a hundred years ago today, but still a full 70 years before the same was completely true in even Switzerland.

A term limit for President was introduced in 1947 with the 22nd Amendment. People living in Washington, D.C. were granted the right to vote in the Presidential election in 1961 with the 23rd Amendment. The 24th Amendment passed in 1964 prohibited conditioning the right to vote on the payment of poll taxes or other types of taxes. The 26th Amendment passed in 1971 in just over three months, lowering the voting age to 18 in response to young men dying in Vietnam before they could even vote.

Don’t tell me the United States is becoming a less democratic society. It is, and always has been advancing itself and becoming a more and more democratic society. The notion that allowing wealthy persons to contribute to political campaigns is a step backwards is ridiculous. If there was no money in politics, we’d return to property based voting systems, and the US Congress would become even more of a millionaire’s club than it’s already decried as.