How Important Is the First Amendment to Student Protesters? 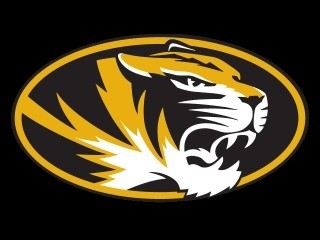 The role of a journalist, the reporter, and the newsman (or woman) has always been to get the facts and tell an interesting and informative story with these facts. However, the recent actions of protesters at the University of Missouri against the media, as well as the widespread support for these groups, is disturbing. The threat to free speech does not by any means end there.

On November 9, 2015, Melissa Click, an assistant professor of communications at the University of Missouri and member of a protest group at the same campus, blocked student journalist Tim Tai from being able to cover the event and even yelled:

“Who wants to help me get this reporter out of here? I need some muscle over here”.

While there has been outcry by some millennials over these actions, many have been slow to condemn. Similar incidents where free speech has been curbed by student protesters have occurred at Occidental College, Princeton, and Yale.

All these incidents revolve around this new term that has emerged recently: “Safe Space.” The simplest definition of this term is as follows:

“A place where anyone can relax and be fully self-expressed, without fear of being made to feel uncomfortable,unwelcome or unsafe on account of biological sex, race/ethnicity, sexual orientation,gender identityor expression, cultural background, age, or physicalor mental ability; a place where the rules guard each person’s self-respectand dignityand strongly encourage everyone to respect others.”

This definition fails to point out that students feel that it is this right to make these safe spaces wherever they choose and that any disagreement, whether apparent or unapparent (we’re talking about things like “privilege” here), is not tolerated. And that is simply what safe spaces are, spaces of intolerance.

Why are these spaces of intolerance acceptable? Many on the left would argue that it is due to microaggressions, racism, and the like. In fact many would argue that these microaggressions and racism are systemic to the university system, despite many programs that have been put in place for minorities only, such as affirmative action. Furthermore, it should be noted that hate crime legislation is in place in order to stop actual aggression, as well as there being anti-discrimination laws to prevent actual limiting of ones career aspirations based on race. Very few of the protesters seem willing to acknowledge this fact, however. That free speech, held as a right within the First Amendment, is actually stifling the expression of minorities. This makes no sense. Free speech does not discriminate, all people are allowed the right to express themselves and how they identify themselves. Free speech is what allowed for people like Dr. King to march in defense of civil liberties, and it’s what allows for students to protest. At the very least, those who are benefiting from this right should recognize and uphold it, and not stop others from benefiting from it.