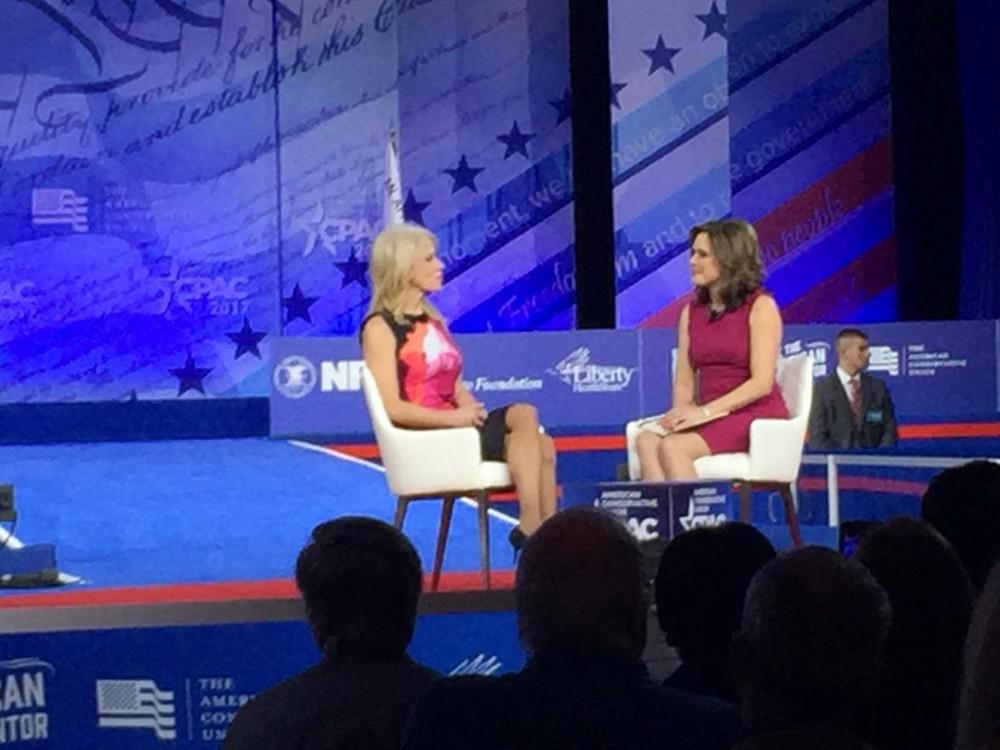 Staff from the Minnesota Republic attended the Conservative Political Action Conference (CPAC) in Washington, DC. The conference, widely described as the center of the conservative political movement, indicative of the movement’s wider direction and thought. To kick off the conference, Counselor to the President Kellyanne Conway was interviewed by Mercedes Schlapp onstage.

The tone was congenial and the questions were softballed. Conway spoke about the fact that she was the first female to successfully run a presidential campaign, making several open swipes at Hillary Clinton’s campaign as she did so. She additionally spoke on her family life, including speaking about her children, her experiences in the Trump White House, and her work-life balance.

The conversation turned from Conway’s own life to the question on everyone’s mind: Donald Trump. Speaking on the personal characteristics of Trump, Conway gave several generic answers on how he was as a boss or how he was as a person. Donald Trump’s greatest compliment is that a person is “high energy,” his style is to drink in information and hear competing opinions. Although not new information, the audience seemed attentive to how President Trump is personally, rather than as a larger-than-life political figure.

After speaking on Trump personally, Conway was asked about how Trump affected the conservative movement, Conway laughed and commented, “Well I think it will be TPAC by tomorrow,” drawing applause and laughter from segments of the audience.

When asked to give advice to college students, she mentioned that students should “Live in real time, use social media as a means of communication. It’s not communication. It’s not real life.” She continued on to say, “Go out, start a club that doesn’t exist, go for a job,” offering encouragement to the multitude of conservative college students populating the event before going on to encourage older people involved in the movement on how to pass on their conservative values to the next generation.

Offering a last piece of advice for women to assess their value and ask for what they’re worth, Conway used a personal anecdote about her first paid speaking engagement. Recounting the story of how she requested a fee equal to the male speaker she was presenting alongside. She spent a great deal of the remainder of the interview speaking on how young women need to step up and push to be paid at what they are worth.