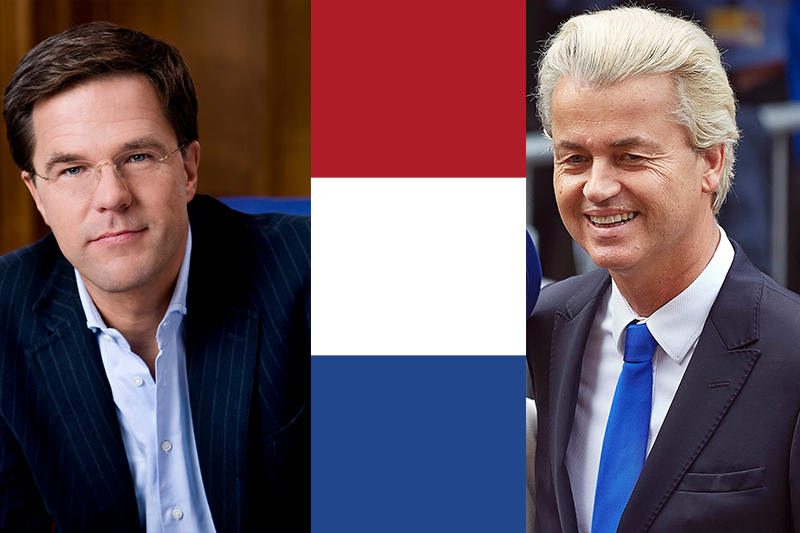 The March 2017 Dutch federal election resulted in a resounding defeat for Geert Wilders and his anti-Islamist Party for Freedom (PVV). Wilders held a strong lead in the polls until the campaign began. In the last weeks of the campaign, incumbent Prime Minister Mark Rutte’s People’s Party for Freedom (VVD) and Democracy opened up a slight lead over PVV. The final election resulted with VVD winning 33 seats, 12 seats more than PVV. Although a coalition still needs to be formed that would hold a majority in the 150 seat House of Representatives, it is clear that Rutte will remain prime minister of the Netherlands.

Rutte has been prime minister since October 2010. From to 2010 to 2012, his conservative party, VVD, governed with the center-right Christian Democrat Appeal Party. Since 2012, Rutte’s VVD has lead a centrist government with the center-left Labour Party (PvdA). The election results indicate that Rutte will likely form a center-right government with the Christian Democratic Appeal and the liberal Democrat 66 Party.

Although the Netherlands is only one counrty, this resounding defeat has sparked concerns for populists hoping to make electoral gains across Europe. The defeat for Wilders was preceded by the defeat of right-wing populist Norbert Hofert by green liberal Alexander Van der Bellen in the Austrian presidential election. In the United Kingdom, the populist UKIP has failed to gain traction following the success of Brexit. Recently, Douglas Carswell, the only member of UKIP in the U.K. Parliament, left the party and is in talks to rejoin the governing Conservative Party. Wilders’s defeat in the Netherlands is another roadblock for populism. It seems that populists are unable to replicate the same electoral success in Europe that was seen in the United States and the Philippines last year.

The remaining hope for right-wing populists resides in Marine Le Pen, the far-right National Front party candidate for president of France. Le Pen has consistently led in first-round polls. However, France’s electoral system works on a two-tiered voting process. The two candidates who receive the most votes in the first round of voting face each other in a runoff. Le Pen’s success seems likely to die at that point. Second-round pollingshows her trailing by upwards of 20 percent to the centrist candidate, Emmanuel Macron. The 39-year-old former economy minister capitalized on the fallout after a corruption scandal took down the previous conservative frontrunner, Francois Fillon.

The key issue in these elections is not simply that these candidates were defeated, it is that these candidates were defeated by people with polar opposite political views. Mark Rutte, Alexander van der Bellen, and Emmanuel Macron are all relatively classically liberal, embracing the European Union and what it stands for: openness, inclusion and globalism. Populism has not found a home in mainland Europe, and hopes that it would continue to spread have fallen short. This begs another question: what is the innate popularity of right-wing populism? Donald Trump and Rodrigo Duterte won their respective elections, but neither one received an outright majority in the popular vote.

In European politics, governments are generally formed via coalition. Many leaders of liberal-conservative European political parties have stated their complete and total opposition to forming governing coalitions with far-right populist groups. Not only does this mean that these parties have little chance of forming a government, even if they win the popular vote, it also discourages people from voting for them. This strategy has shut right-wing populists out of government in some elections, most notably in the Netherlands. In the 2015 French local elections, Le Pen’s National Front stormed to a victory in the first round of voting. The conservative Les Republicains and the social-democratic Socialist party strategically pulled out of regional second-round elections in order to keep power from Le Pen. The strategy was successful, with the National Front failing to win a single regional or departmental parliament.

The next test for populism is France. Although Le Pen holds a strong lead in the polls for the first round of polling, her success wanes in polls for the second round. Macron, Fillon, and renegade far-left candidate Jean-Luc Melenchon hold commanding leads over Marine Le Pen in second round voting.