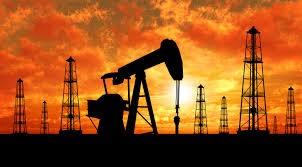 Due to shale oil drilling largely in North Dakota and Texas, U.S. crude oil production has climbed to 8.5 million barrels a day, its highest level since 1986. Including natural gas liquids, U.S. oil output is nearly even with Saudi Arabia. Low prices at the pump are great news for commuters and almost every business. While markets can be unpredictable, it is believed that petroleum products will remain relatively cheap — with fluctuations — for the next few years. For countries like Russia, Iran, and Venezuela, where oil exports play an important role in supporting economic growth and government finances, this is devastating news.

Russia, where energy revenue accounts for more than half of the government’s budget, is already unstable after months of Western sanctions over Russia’s invasion into Ukraine, with the latest round of sanctions cutting off Russian companies from Western financing. Cheap oil will further devalue Russia’s currency and could even push the country into a recession. If this were to happen, it could force Putin to withdraw from Ukraine and Crimea. According to the Ministry of Economic Development, Crimea’s infrastructure and development alone will cost the Russian budget up to $4.5 billion a year.

As Iran and world powers extend negotiations over the Iranian nuclear program, low oil prices could be the key to getting a deal. Iran’s leaders will be under far greater pressure to compromise on the nuclear weapons — unless the U.S. keep easing sanctions for nothing in return. An oil price of anything less than $100 a barrel creates huge budget deficits, which the country cannot afford. In an attempt to plug holes in it’s budget, Iran is currently offering young men the option of buying their way out of an obligatory two years of military service. “We are on the eve of a major crisis,” Hossein Raghfar, an Iranian economist said. “The government needs money badly.”

Venezuela receives 95 percent of its export earnings from petroleum, and low gas prices may hurry along the impending collapse of President Nicolas Maduro regime. The handpicked successor to the late socialist Hugo Chavez, Maduro faces mounting international criticism for jailing opposition figures after months of street protests. Polls among Venezuelans put his approval ratings as low 24 percent. The country as a whole is facing a 63 percent inflation rate and widespread shortages of consumer goods such as diapers, milk and laundry detergent.

These three countries all play an important role in the United States’ foreign policy. President Obama has a chance to create at least a temporary peace with Iran. He could work to rebuild a socialist Venezuela and help form a democracy along with a free market, which would also strengthen his recent, move to lift the embargo on Cuba. Facing an economically weakened Russia could be just as dangerous as dealing with a cornered wild animal. Putin does not seem to be very impressed by Obama and has ignored his bluffs of getting tough, but with a weak economy, Putin may have no other choice but to stop trying to rebuild a Soviet empire. This could be Obama’s chance to make something out of what has been a lackluster presidency regarding foreign policy.