According to University of Wisconsin – Milwaukee Politically Correct is Offensive 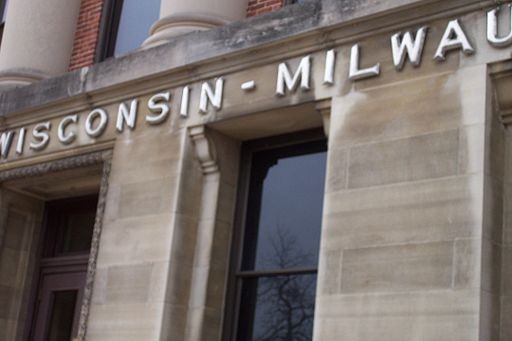 While microaggressions were first theorized in 1970, they have only recently become prolific. While originally referring only to statements that are perceived as offensive with regards to race, they have expanded to include gender, socioeconomic status, and disability status/

In the futile effort of trying to prevent anyone from feeling offended, social justice warriors have pushed for more and more words to be microaggressions and for them to be stricken from the public vocabulary. At the University of Wisconsin Milwaukee’s Inclusive Excellence Center, a group of speech police have proposed new words to add to the long and growing list of microaggressions. The most notable word on the list is “politically correct (PC).”

First noticed by Campus Reform, the inclusion of political correctness raises the question: how long until “microaggression” is a microaggression?

It seems the movement formerly known as political correctness is removing any word that could be possibly be used to debate the issue into preventing any dissent. The Inclusive Excellence Center explains that politically correct is, “typically used surrounding issues of social identities in an attempt to avoid offense. Over time PC has become a way to deflect, [and] say that people are being too ‘sensitive’ and police language.”

The problem with microaggressions is that you have no idea if you are offending anyone, forcing you to try to predict how other people will feel about everything that you say and do, which is impossible. The Inclusive Excellence Center claims that they are not trying to police speech, but by constantly putting out lists of words that are now deemed offensive, including words that they used to use, they are forcing people to be fearful to speak, and ultimately not say anything, which is the very definition of policing speech.

Additionally, they claim that the term “political correctness” is used to police language as they believe that it is used to stop people from complaining about slights that they have suffered. In reality, they are the ones policing language, as they are publishing lists of words that they believe you should not say and will argue with you for using. This is essentially projecting, as they are claiming the other side is doing the evil thing that they are actually doing.

It is not a surprise that this new list is from a college campus, as in the past few years, campuses across the U.S. have become the epicenter of policed speech in the form of microaggressions and trigger-warnings. At the University of Minnesota, this paper was threatened by Student Service Fee Committee regarding funding for offensive imagery used as a cover.

Universities used to be seen as a place where students would be shown other viewpoints and have their own opinions challenged. Instead, students are protected from anything that might offend in the name of protecting their emotional wellbeing. While that is important, this protection will do more harm than good, as once students leave academia, there will be nothing to protect them from other opinions in the real world. Also, there is a case to be made that dealing with any serious discomfort in a safer place like college can actually help the person deal with whatever mental health issue he or she may have.

President Obama even agrees. In a mid-September town hall meeting in Iowa, Obama addressed the topic by saying that students should not be coddled. Nationally-known comedians like Jerry Seinfeld and Chris Rock have said that they do not like to do college shows because the students are too sensitive.

Some of the other words on the list of new microaggressions include, “Thug,” “Trash,” and “Nazi,” so while it is debatable whether these words cause harm, at least we know that they can never call conservatives Nazis again.