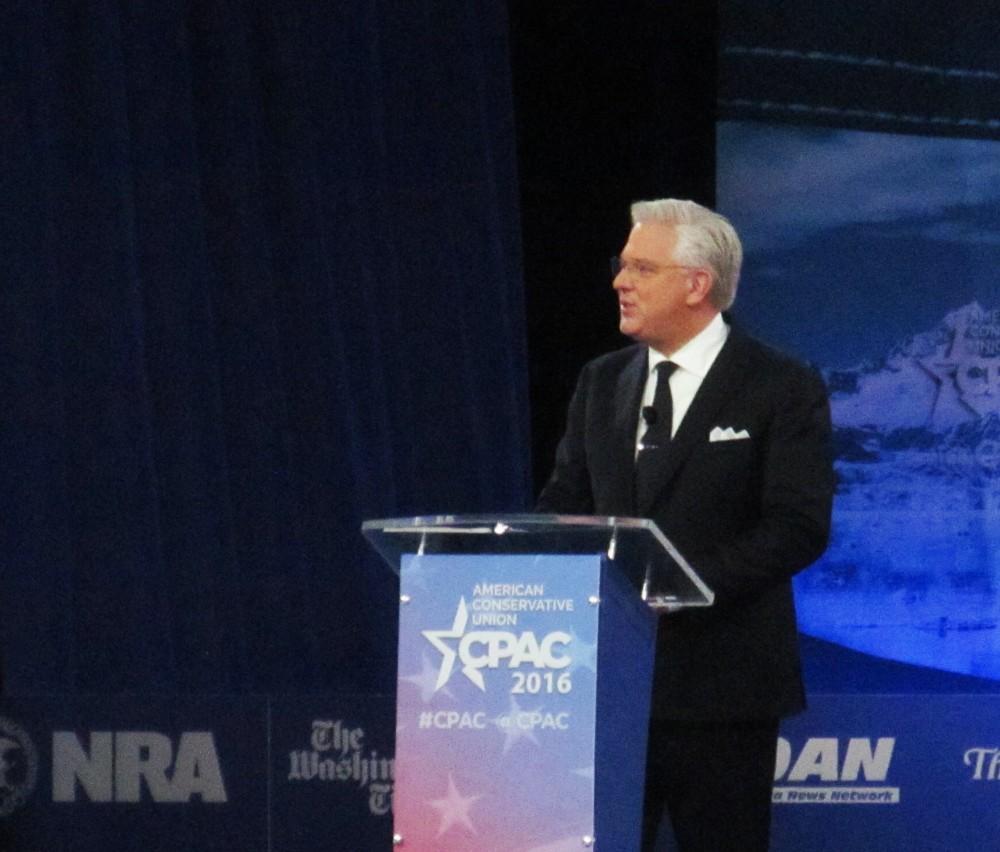 Glenn spoke a message of encouragement, closing out CPAC. He made a point to speak directly to the young activists that are so prevalent here.

“We are stealing the future from the young,” asserted Beck. But he noted that the young are ready to fight back, adding, “In the hallways of CPAC…I see smiles, determination, energy, hope. The young are resilient.”

Referencing Roald Dahl “Charlie and the Chocolate Factory,” Beck argued that the United States is facing a decision, it can stand for its values, or sellout.

“What is your golden ticket?” asked Beck. “We assumed we are covered just because we are voting, voting against one party”

Beck calls upon conservatives to remember what we are seeking to conserve, and to remember our principles, mainly those in the Bill of Rights. The country is at a tipping point, its citizens can vote for their principles or sell them away for a false prophet. What is it that the conservative should stand for? “Not a party, but principles,” argued Beck.

Fundamentally changing mankind is integral to the progressive cause argues Beck, but reminds the audience that this doesn’t have to be the case: “You as an individual are the most powerful being ever created by God Himself.”

Individualism stands in staunch comparison to collectivism, and progressivism will not cease to exist due to its fundamental inability to not expand the power of big brother.

“Where have you been?” Beck askedof the Republican Party, who has fallen inwith the progressives, and no longerfind theprinciples of our nation’s founding to be of the utmost value.

“Loyalty oaths should never be made to parties,” said Beck, calling the idea borderline fascist.

Beck has been an outspoken detractor of GOP frontrunner Donald Trump, finding flaws in both the businessman’s character and his policy prescriptions, even alluding to him being similar to Arthur Slugworth from “Charlie and the Chocolate Factory.”

The founders and their principles played an important role in Beck’s speech.

“TheAmerican revolution was for an idea,” Beck said, “An idea that nobody had ever heard before, that men can rule themselves.”

Beck told the audience to “stop being ashamed of our principles.” A failure to be proud of its principles has been a common thread among the RepublicanParty, andBeck istired of it.

For Beck, the American idea is something worth fighting for and he calls upon his fellow conservatives to fight with him.