Syrian Refugees: A No Win Situation 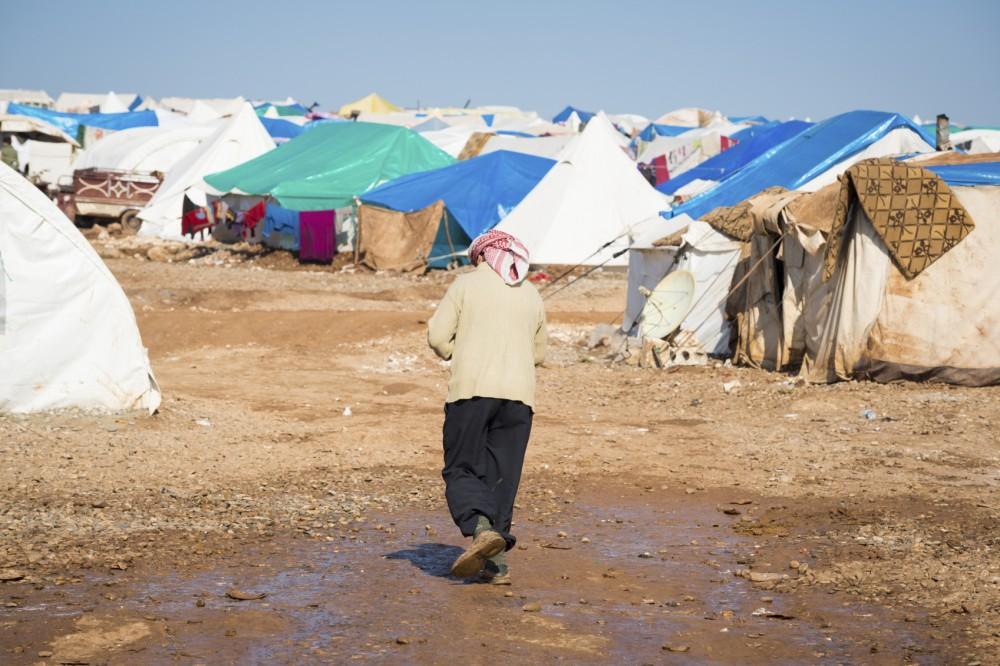 A Syrian refugee walks at the camp for internally displaced persons in Atmeh, Syria, adjacent to the Turkish border

As the Syrian Civil War continues into its fourth year, approximately four million refugees are looking for sanctuary. With so many people looking to help, western nations have started taking in refugees, with the United States promising to take 10,000 and the Obama Administration arguing for more.

One wrench in the plan comes from the Paris attacks on November 13; one of the terrorists responsible pretended to be a refugee to gain entry into France. In addition, ISIS has stated its intent to infiltrate refugee populations to get members to the United States and other western countries. This means that taking in refugees poses some level of risk. The risk has scared Republicans and some Democrats in Congress into passing a Bill to halt refugees from entering the country until there are assurances that there will be no threat to the United States as a result. Both parties have taken this issue and started promulgating their respective opinions on it.

The Republicans have used their position on the refugee crisis to show how they value security and will always defend the nation from foreign threats. The majority of governors are asking that no refugees be settled in their states without further assurances as to the security of these refugees. The heart of the Republican argument says that by not letting anyone into the nation, Americans will be protected from any potential ISIS agents hiding among the refugees.

On the other hand, Democrats have used the issue to show their overwhelming compassion to all things humanitarian and to paint the Republicans as xenophobic or racist. Additionally, Democrats say that these people will be sent back to Syria, forced to live under ISIS, and possibly radicalized to fight with ISIS if the United States does not take them.

The problem with the situation is that Democrats and Republicans alike are both wrong and right. Both are wrong in the sense that no amount of additional security screening will nullify any potential threat from ISIS sleeper agents, because Syria’s core infrastructure is destroyed and has been for years. Syria has no agencies that have tracked any history of involvement in ISIS or other terrorist groups; screening would be reliant on interviews. As much as the Obama administration believes that a series of interviews will catch terrorists, all that terrorists would need to do is practice their lies for a while, to feign credibility.

The Republicans are correct in that not allowing any refugees would prevent terrorists from getting into the United States through the refugee process. The Democrats are correct inasmuch as that there is a risk in sending the people back to Syria, as some will probably would be forced to join ISIS.

There is no clear win in the situation. What is clear is that both parties must stop grandstanding on this issue and find a solution that presents the lowest risk to the United States. No option is risk free.