The Conservatism of “Free” Birth Control 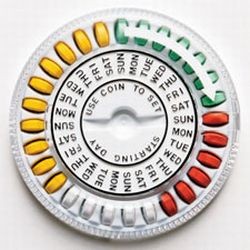 Government-funded birth control is one of the most conservative solutions out there.

Before questioning what you just read or even ignoring the rest of this article altogether, you did not read that first sentence incorrectly; government-funded birth control is conservative.

At this point, our Democratic readers likely find themselves wondering when the satire will begin (it will not), while our Republican readers will likely pose the essential questions: What about the sanctity of life and the freedom of religion? What about freedom from forced taxation? What about avoiding the kind of behavior that leads to unnecessary abortions?

The preceding questions are important. After all, as conservatives, we care deeply about the sanctity of developing babies’ lives, and each of their opportunities to live just as you and I have; we dislike excessive government intervention, particularly when it involves handing over our own hard-earned dollars to something that will never affect us; we do not think government should mandate how we may or may not feel about condemnable situations, and we believe that our pro-life stancespartially stem not from ignorance, but an appreciation of adults’ accountability.

However, all of these points can beargued against in favor of “free” birth control, from a conservative perspective.

The Sanctity of Life argument typically dictates that sex intends to solidify a connection between two people that ultimately results in a child. Birth control, then, hinders the true purpose of sex and encourages its users to take advantage of sex, rather than allowing the divine course of nature to determinewhether a life is meant to be conceived.

Rebutting, conservatives and libertarians gravely dislike tactics of mind-control from the left: “Don’t think this way, feel this way, or act this way, because we say you should not.” Couldn’t we argue, therefore, that telling individuals they may only have sex if they intend to reproduce is just as dangerous, and involves too much intervention from people who have no business caring why we do what we do?

Conservativism intends to protect the unborn children of America. With the interference of birth control, those unborn children are not hurt in any way: They never existed. The chemical reactions caused by birth control mimic real-life pregnancy, as a woman cannot become pregnant when she is already gestating. Birth control alters naked nature at its core, but does not harm it.

The conservative and libertarian argument of freedom from forced taxation is perhaps the most commonly-shared of arguments against government-funded birth control: If I am a single man who does not have sex and does not plan to, why should my money go towards someone else’s contraception that does not affect me in any way, whatsoever?

The answer centers on three things: (1) Taxation unfairness, (2) It probably will affect you, and (3) It could save you money in the long-run.

Ask any sports fan in the area to examine the skyway and notice the U.S. Bank Stadium. Taxes often fund matters not everyone will use— If the government could require paid taxes from both female and male individuals who will never use that stadium, yet were mandated to pay for it, does the problem not seem so unique? Should we not at least fund an even more popular matter? A poll mentioned by ESPN (run by Associated Press-Gfk) concluded that49 percent of Americans watch football, while an ABC News poll insisted that a whopping 97 percent of Americans have sex.

Statistics imply that even if we do not currently use birth control, most of us will end up (even unknowingly) benefitting from it. If we or our partners will eventually need to pay for it on an individual basis anyway, why not ensure it is accessible to all people in the meantime?

By ensuring lower-class individuals have access to birth control, conservatives will significantly repair the nation’s welfare problem: If individuals are forced to either avoid sex or risk pregnancy (to which they will always choose the latter), resulting in a child they cannot care for, resulting in reliance on the welfare system, many of the problems we conservatives aim to reform perpetually continue and, if anything, worsen.

Birth control is a pro-life solution. With the ability to control for unsupportable pregnancies, the number of women seeking an abortion should decrease drastically. If this is the case, turning away from accessible-to-all birth control is actually a more pro-choice than pro-life decision. Less planning in pregnancy will always mean more abortions for the troublesome sake of inconvenience.

Regardless of whether you’re pro-life, pro-choice, pro-welfare, pro-welfare reformation, black, white, male, female, or what have you, one thing remains true: Government-funded birth control will benefit you, so you should do everything in your power to ensure it sticks around.