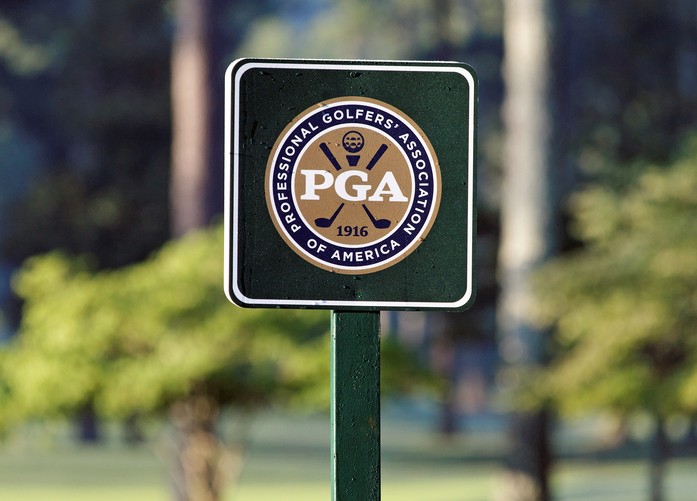 "Johns Creek, Georgia, USA - August 10, 2011: A PGA sign on the golf course of the Atlanta Athletic Club during the 2011 PGA Championship. The PGA Championship is one of professional golf\'s four annual major tournaments."

This week, the PGA Tour sets up shop in Los Angeles for the Genesis Open at Riviera Country Club. While the event usually boasts a strong field, this year’s iteration is especially stout featuring superstars Jordan Spieth, Dustin Johnson, Rory McIlroy, and Justin Thomas. However, the most compelling player in the field this year is unquestionably Tiger Woods, who will be making his second start of the year at Riviera.

Tiger is coming off a two-week break after finishing T-23 at the Farmers Insurance Open at Torrey Pines in late January. While he disproved all concerns about possible short game issues, Tiger struggled mightily off the tee. If he can not straighten out the two-way miss he’s currently battling, he’ll have a hard time showing any consistency week in and week out.

For many years this event was known as the LA Open, and even though the tournament has been subjected to the typical PGA Tour game of corporate musical chairs (Genesis is its third different sponsor), its identity is one of the strongest on tour. Its list of past champions includes a who’s who of golfing thoroughbreds: Ben Hogan, Byron Nelson, Sam Snead, Arnold Palmer, Tom Watson, and Phil Mickelson have all won here at least twice. Then again, Mike Weir, Rory Sabbatini, and Robert Allenby have also stood in the winner’s circle, displaying the tournament’s accommodating nature to those who sit at professional golf’s kiddie-table.

“The Riv” is one of the best courses in the United States, and possibly the most intriguing track tour players face annually. Designers George C. Thomas and William P. Bell carved their masterpiece out a valley in the Pacific Palisades, and since the day it opened it has been well received by pros and amateurs alike.

Riviera places a huge emphasis on strategy, forcing players to play to the correct sides of fairways in order to set up the proper angles into the greens. Riviera does not have a single water hazard, but several deep barrancas pose serious problems to players who stray off the intended lines.

Three holes stand out above the rest at Riv: The par five 1st, the par four 10th, and the par four 18th. The 1st hole offers the player one of the most famous tee shots in golf, and being that it only measures 503 yards, every player in the field will consider any score over four a disappointment. The 10th at Riviera is one of the best short par 4s in the world, giving players a myriad of options on how best to attack the heavily protected green. The 18th is another gem. The hole meanders 475 yards back up the hill to an amphitheater-style green, and creates one of the most dramatic 72nd hole scenes in golf.

Everything about this tournament oozes class. The course, the field, and the vibe all make this week February’s unofficial major. For golf fans, the tournament is appointment viewing. For non-fans, I urge you to give this event a shot. Due to its west coast location, viewers are rewarded with prime-time coverage. Kick up your feet at 5:00 and watch the best golfers in the world maneuver their way around one of the game’s greatest settings. What’s better than that?