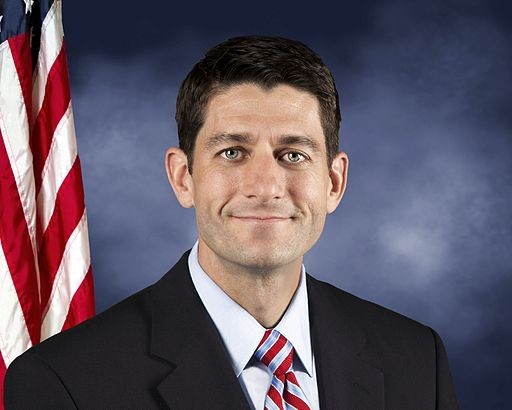 Following Paul Ryan’s candidacy announcement, the race to find a new Speaker of the U.S. House of Representatives after Speaker John Boehner resigned effective at the end of October.

John Boehner shocked the Republican Party and the nation in September when he announced his resignation as Speaker and from his seat in Congress. The announcement set off a veritable civil war among the members of the House Republican Conference. The initial front-runner, House Majority Leader and California Congressman, Kevin McCarthy (R-California’s 23rd District) suddenly dropped out over fear that he would not be able to unite the Republican Party.

These fears were well-founded, given John Boehner’s deep unpopularity with the right-wing of the Republican Party. Towards the end of his tenure, Boehner was seen as an enabler of President Barack Obama’s agenda. Given McCarthy’s closeness to Boehner, the concerns may have been legitimate. With McCarthy out, many electable Republicans shied away from the opportunity to run. Amongst these were House Republican Conference Chairwoman Cathy McMorris Rodgers (R-Washington’s 5th District) and Chief Majority Whip Steve Scalise (R-Louisiana’s 1st District). Two Republican Representatives did, however, choose to run: Jason Chaffetz (R-Utah’s 3rd District) -Chairman of the House Committee on Oversight and Government Reform- and Daniel Webster (R-Florida’s 10th). Both Chaffetz and Webster are members of the right-wing of the Republican Conference. Given there political leanings, neither are seen as particularly electable. Another potential downside to Webster is the recent development in the battle over Florida Congressional District renegotiation. The Florida Supreme Court recently approved a new map of congressional districts for the state, putting him in a District that heavily favors the Democratic Party.

With no moderates willing to run, attention fell to Representative Paul Ryan (R-Wisconsin’s 1st District), Chairman of the House Ways and Means Committee and 2012 Republican nominee for vice president. Ryan refused to run, claiming he wanted to spend as much time as possible with his wife and children. Following his rejection, a frantic search ensued in an attempt to find Representatives who were willing to take up the mantle. At that time, Jason Chaffetz and Daniel Webster remained the only Representatives willing to run for Speaker.

With many members of the Republican Conference continuing to pursue Ryan, he relented in mid October. With Ryan’s agreement came a set of conditions; as long as all Republican Caucuses endorsed him (specifically the right-wing Freedom Caucus) and as long as he could still spend time with his children. Following a string of endorsements and a two-thirds majority vote in the Freedom Caucus, Ryan announced his candidacy on October 22. Following his announcement, Chaffetz dropped out and announced his support for Ryan’s bid.

The Speakership election will be held on October 29 and Ryan is heavily favored to win the Speaker’s gavel. Daniel Webster is still a candidate, as is House Democratic Leader and former House Speaker Nancy Pelosi.