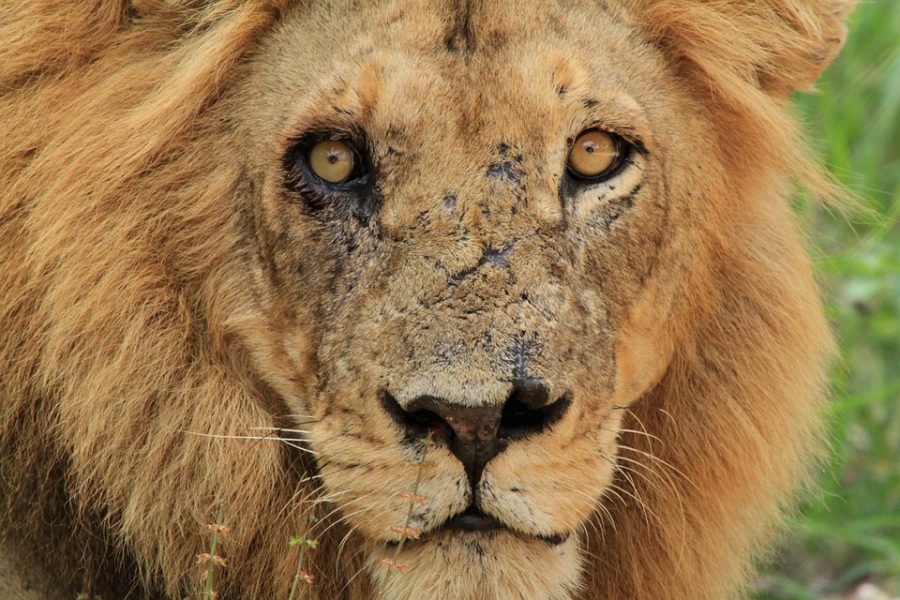 An active pressure in the university student’s life is the ability to obtain a promising, yet well paying job, in likely a corporate industry, the basis for many of America’s Fortune 500 companies. The corporate workforce does not wait for a leader to blossom, it actively seeks out those with the traits and skill sets to correct a stagnant company, developing it to higher levels.

In recent years, the structure of hiring leaders has became progressively difficult for companies to drive a successful business plan, with leaders who look good on paper, but do not hit the bar when they move into the industry.

Noel Tichy, professor at the University of Michigan’s Ross School of Business, asserts through his article with The Washington Post, “Despite years of failures, far too many boards and activist investors continue to desperately try to land outside superstar CEOs. Driven by preventable succession crises, they bring people in at enormous costs who are often completely ill-equipped to run the businesses they’re supposed to rescue.”

Through his research, Tichy has found that less and less Fortune 500 companies are hiring outside leaders to fix their structural differences; the evidence Tichy has collected offers explanation to the crumbled bridge between the office and the interview.

If the skill sets provided in an interview do not parallel the progress being made within the workspace, the expected success of the company will not meet expectations, and thus drive a rift between leaders and their superiors, resulting in the failure of a leader- who appeared good on paper. The effectiveness of a leader is strongly, but not strictly, related to behavioral genetics, presenting traits that may otherwise not be acquired through the classroom.

Leadership is by no means a personality, it is a personality trait. A trait that is part of the “Entrepreneurial Personality,” leadership can be better understood through the study of how a person’s personality is formed. It would be ignorant to argue that heredity is the only factor impacting the development of personality, however no reputable research foundation has classified leadership as a behavior that can be produced through conditioning. This provokes numerous questions in the direction of leadership: What makes a good leader?

What traits must be present to be efficient? Through the study of the psychology behind personality, “The Big Five,” or a universal model of set personality factors has became the pivot for behavioral genetic studies. These traits include: extraversion, agreeableness, conscientiousness, neuroticism or emotional stability, and openness to experience and ideas.

I assert that if psychology academia is in universal agreement over broad personality traits (each of which holding diverse characteristics in of themselves), and that in specific studies two of the five have been shown to promote the likely success of a leader, then why do we push to teach leadership upon students? Where is the cutoff between personality and skill?

The leadership trait includes largely elements of extraversion and openness, therefore, it seems as though that leadership classes are pushing to teach personality traits rather than skill, however, it is very apparent that these proponents for the teachability have an argument of their own.

Teachability proponent Gianpiero Petriglieri, professor at the European Institute of Business Administration argued in his article with the Harvard Business Review, “In a recent study, Jennifer Petriglieri, Jack Wood and I found that working with professionals who espoused different perspectives and values helped managers question, and learn more deeply from, their own experience- building the personal foundations required to lead mindfully, effectively and responsibly. Whatever qualifications and work history a teacher (or a coach) may have, then, matters less than their ability to help you maximize your return on experience.”

However, upon this universal conclusion, which is referenced by many, is where the argument reaches disarray. After reviewing Petriglieri’s approach, this stance is therefore asserting that anyone placed in the interdependent environment is able to collaborate with professionals from different backgrounds.

On terms of interdependence, another source, Harry Levinson, lists the spectrum of leadership traits in his book Psychology of Leadership.

Now, the first conclusion is conflictory, in where if we state that the growth of a leader is promoted by the same psychological factor that also inhibits it, then where can we stand in being certain that leadership is a teachable skill to all? I argue we can’t be, if the trait of interdependence factors into it- because it cannot be certain that every person enters the classroom with the same psychological advantage.

It is important to understand that this is not an elitist approach to leadership genetics, it is not a matter of having gene ‘X’ that your ability to lead hinges on- however, there are more efficient formulas amongst the human genome that allow for not only more success upon leaders, but more success upon those being ‘taught,’ simply because they have the correct DNA.

Defining the influence of heredity on one’s attitude towards leadership is a challenging task- one of which has been studied through the use of twin children in multiple different fashions, and is the most easily comprehended.

In the words of Matt McGue and Thomas J. Bouchard, in conjunction with the Department of Psychology and Institute of Human Genetics at University of Minnesota, “The classical twin study involves the comparison of monozygotic and dizygotic twins reared together (MZTs and DZTs). If genetic factors influence the trait in question, MZTs, who share 100% of their genetic material, should be more similar than DZTs, who, like ordinary siblings, share on average only 50% of their genetic material.” The studies, which vary environments among identical twins, and keep constant environments among those adopted found thorough cross examination of the children, that heredity played a certain role in determining personality traits, above environment.

Although, it is argued nowadays that the environment one is in can change the traits they exhibit, I assert that it is to be noted that it is more advantageous to be born with such genes turned on (nature), rather than banking on a specific environment (nurture) to only then, kick a gene’s trait into action.

As to where these differences in psychographics are truly rooted, the answer lies in the levels of DNA that produces neurotransmitters in one’s genome. I am not arguing a single gene is what success is dependant on, since the gene-one proposal would present numerous fallacies when considering the link between genes and behavior, which is far more complex.

According to Behavioral Neuroscientist Dr. Bethany Brookshire on Slate.com, “All abused drugs, from alcohol to cocaine to heroin, increase dopamine in this area in one way or another, and many people like to describe a spike in dopamine as ‘motivation’ or ‘pleasure.’” dopamine is a chemical that can provoke feelings of motivation, exploration, and the result of that? Pleasure in the host of such dopamine surges.

In fact, very heavily does dopamine play a role in the creation of a leader- dopamine production and reception hinges on the presence of the dopamine receptor gene DRD4, otherwise regarded by Scott Shane in his book Born Entrepreneurs, Born Leaders as the “Novelty-Seeking Gene.”

As Shane stated, “Studies have shown that this genetic variant is more common among immigrant groups than it is upon the native-born population. Researchers believe that this version of the…DRD4 gene is associated with the development of a trait called novelty seeking.”

However novelty seeking may manifest itself, from numerous voyages across the world, to extreme sports, and then to risk taking, it somehow comes to find commonality in immigrants who have left their home country, and entrepreneurs. DRD4 is merely an example, although being the foremost player in leader’s personalities, this presents a solid base for the proof behind genetics role in leadership.

Another gene of focus, the Alzheimer’s gene, APOE, impacts the level of the adrenal steroid, dehydroepiandrosterone (DHEA), that is present in one’s body.

As Shane asserted, “What makes this gene intriguing is the fact that DHEA levels are associated with how creatively people react to criticism. Those with less of the steroid are the most innovative in the face of critique.” There are numerous more encodings that result in genetic behaviors unteachable by an instructor. In example, a business may be failing, and a classroom can teach a student to, in general, “Fix it.” But a classroom cannot estimate the levels of DHEA present in an individual, therefore innovation may not be a present option in one’s mind- which impacts their efficiency.

Gene dependency turns leadership activity into a matter of tendencies and probabilities based upon personality, as are many things in this world- success in of itself is a probability, and what is at stake?

The wellbeing of those companies hiring is. The essence of a leader is the ability to not only lead a group, and be held to a higher standard by that group, but the ability to be an agent of change and a risk taker in the work industry. Although it is arguable that one can be taught to lead, psychology academia proves that the traits exhibited by one, show that one’s genetic background can strongly vary their effectiveness as a leader.