The Minnesota Republic • May 6, 2014 • https://mnrepublic.com/2786/uncategorized/irs-workers-get-bonuses-after-poor-conduct/ 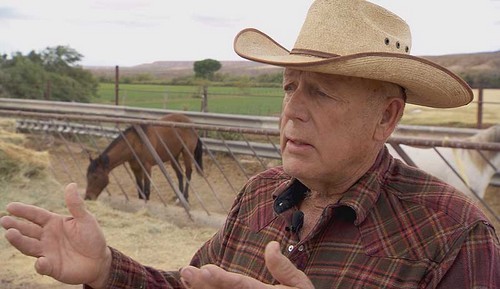 There’s an old saying, “Nothing is certain but death and taxes.” That would apply to everyone except for 67,870 Internal Revenue Service employees. For fiscal year 2012, the IRS awarded $86 million in cash and almost 490,000 hours of time off to nearly 70 percent of its employees under its awards program. Oh and did I mention that some of the IRS employees did not even pay their federal taxes?

In a report done by the Treasury Inspector General for Tax Administration, more than 2,800 employees received awards within one year of disciplinary action. More than 1,400 of them had some of the most serious types of conduct issues, including late payment and/or nonpayment of federal taxes, government travel card misuse or delinquency, misconduct and fraud issues. Examples of misconduct include drug use and violent threats. Examples of fraud include fraudulently claiming unemployment benefits and fraudulently entering attendance and leave on timesheets.

“Providing awards to employees with conduct issues, especially those who fail to pay Federal taxes, appears to create a conflict with the IRS’s charge of ensuring the integrity of the system of tax administrations,” said J. Russell George, Treasury Inspector General for Tax Administration (TIGTA).

In 2013 the IRS did, however, suspend most bonuses in a cost-savings move to avoid furloughs, but restored them in fiscal year 2014. There are also some cases where the IRS may withhold awards on a case-by-case basis—prior to making an award of more than $25,000 for example. But for the majority of awards, the IRS does not consider recent disciplinary actions resulting from employee misconduct when handing out bonuses.

“We take seriously our unique role as this nation’s tax administrator, and we will strive to implement a policy that protects the integrity of the tax administration system and the reputation of the service,” IRS chief Human Capital Officer David Krieg said in a written response to the TIGTA report.

Any new policies affecting bargaining unit employees will have to be negotiated with the National Treasury Employees Union. NTEU President Colleen Kelley said the union would review any proposed changes to its contract for the “relatively small number of employees who may have had some overlap between a performance award review period and a conduct issue.”

Non-payment of taxes by federal employees is a government-wide problem. The IRS says 311,536 federal employees were tax delinquents in 2011, owing a total of $3.5 billion. If such disregard for taxes happened in the private sector, we would have serious problems. The situation with Nevada rancher Cliven Bundy has recently caught America’s attention. Bundy allowed his cattle to graze on federally owned land for 20 years in violation of the law. After a protracted court battle, the U.S. Bureau of Land Management (BLM) slapped the rancher with $1 million in accumulated fines. The BLM, like a bank with a delinquent mortgage, seized Bundy’s cows. In the process, one of his 13 children was arrested.

I do not stand with Cliven Bundy on this issue, he is breaking the law and I believe that the seizing of his cattle was completely justified. However, this is a perfect example of the double standard that exists for people in the private sector and public officials. The IRS is playing favorites when it comes to enforcing tax laws. Voting this November for politicians who believe in smaller government and tax reform is the only way this corruption can be stopped.