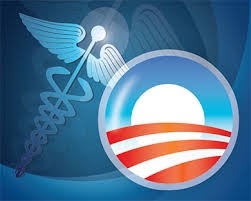 In many ways, 2013 was a tumultuous year. President Obama, after winning a second term in 2012, moved ahead freely with many of his long term goals. But the president was not the only source of shocking new this year; unforeseen attacks on U.S. citizens have also characterized this past year.

Regulation of Domestic Drones: This year witnessed the first steps towards the regulation of domestic drones. The controversy surrounding drone usage arose from President Obama’s extensive use of drones in Libya. Since then, they became a hot-button topic in the United States. This year the FAA approved the first-ever commercial UAVs, and companies excitedly made plans for future drone usage. Amazon, for one, announced plans for half-hour door-ro-door delivery service by octocopter. Laws regulating how public and private individuals may gather and use drone-collected data is still up in the air. This will certainly continue to be an issue in the new year.

The Boston Bombings: Undoubtedly the Boston Bombings will alter the way Americans will view and interact with live news stories that are unfolding live on their televisions. The tragic killing of three innocent people and injuring of over 200 led to a week-long manhunt that unfolded live in from of Americans. The ensuing whirlwind of rumors and false leads led to mass confusion; the race to be first took precedence over fact-checked reports. The fallout of this tragedy will undoubtedly follow Americans into the new year.

The NSA Leaks: In June of this past year, Edward Snowden, an NSA contractor, began leaking a vast store of secret documents to various publications. The documents showed the U.S. government’s extensive network used for spying on its own citizens as well as foreign officials. The latter half of 2013 was full with justifications by government committees for the collection of such information. However, the incident has clearly not been resolved. Edward Snowden, the man who inaugurated the entire scandal, is presently in Russia and will most likely live out his life in exile.

Healthcare.gov’s Collapse: Healthcare.gov, the mechanism that was created to implement President Obama’s Affordable Care Act, has proven to be nothing but a debacle. In recent weeks, the White House has resorted to puff pieces in the press touting Obama’s own use of the “fully-functioning” website. While October 1st was the official opening of the site, it proved to be nearly unusable until recent weeks. The White House said earlier this week that over one million Americans have signed up for the President’s highly touted healthcare system, which is far short of the President’s goal. This has raised questions over whether enough people will sign up for the system in order to make it work at all (assuming every other aspect of it runs smoothly).

Looking back over 2013 at the dawn of a new year, one cannot help but think that it has been a tumultuous year, one full of surprises. While President Obama and the White House have played a key role in the majority of political events of this past year, other sources also contributed to the somewhat chaotic nature of the passing year. One can only hope that the scandal, corruption, and tragedy that characterized 2013 will be left there as 2014 begins.