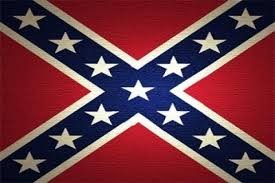 In 2011, Texas refused to allow the creation of specialty license plates bearing the insignia of the Sons of Confederate Veterans, an organization founded in 1896. Nine other states have already allowed such plates before the group’s proposal in Texas. The state currently issues over 450 different specialty and novelty plates, which is reported to bring in well over $17 million to the state annually.

Recently, the case has reached the Supreme Court, and Texas continues to defend its decision to refuse to allow the Sons of Confederate Veterans’ logo, which includes the iconic Confederate battle flag, to appear on its license plates. The issue created immediate controversy back in 2011, as many people turned out to protest the proposed license plates. Students were even bussed out to the capitol to protest.

However, in the ensuing years, the loud and disorganized dispute between the two sides has been hewn into sharp arguments on either side. Groups that support the license plates argue that it is an abridgement of their First Amendment right of Free Speech to not be able to publicly display their organization’s emblem. R. James George Jr., the Sons of Confederate Veterans’ lawyer, told the Supreme Court that, “speech that we hate is something we should be proud of protecting.” The plate’s advocates acknowledge the validity of the State of Texas’s claims that the plates could be offensive to many people. However, advocates assert that Texas’s defense is baseless because the First Amendment does not give the government the right to choose what is offensive and what is not. Even under intense questioning by Supreme Court justices in which George was asked whether Texas should permit statements which involve offensive images or sayings about Jesus Christ or terrorism, George reaffirmed that the First Amendment cannot be used to filter out “offensive” speech.

Many free speech advocacy groups have come out in support of the Sons of Confederate Veterans, pointing out that, at a time when free speech is under attack in many parts of the world, the United States government should not begin censoring free speech when its previous refusal to do so has served the country so well in the past.