The Rise of Political Polarization 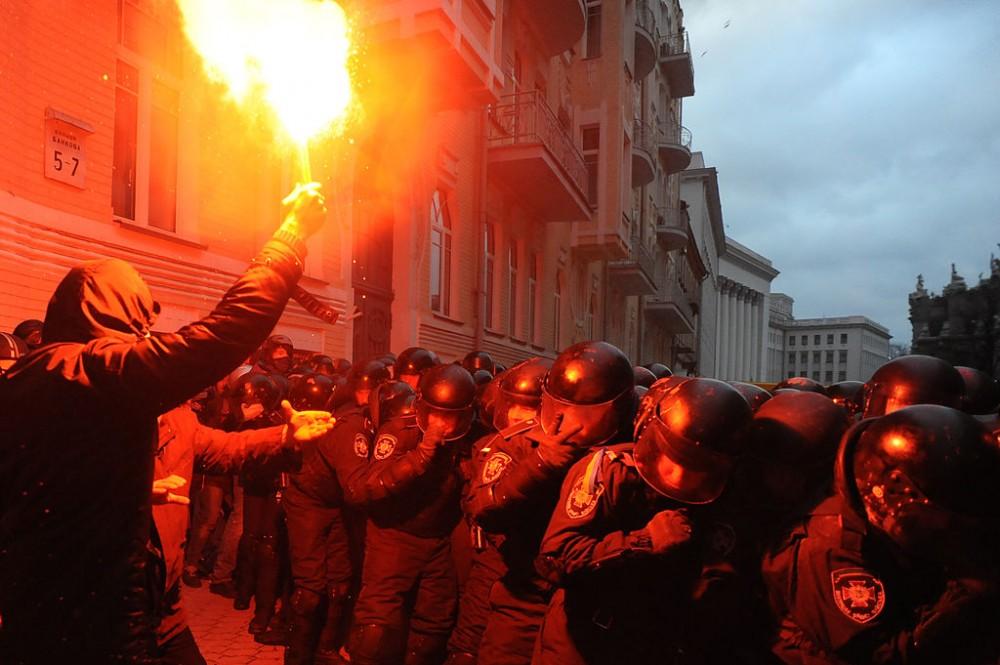 Since the beginning of the 2016 election season, the nation has been on a razor’s edge. The divide between the right and left appears to be growing wider every day, as recent news is riddled with skirmishes between Antifa, white nationalist groups, and police officers in cities across America. Lines between friends and family are being drawn, and one’s political identity has never been such a polarizing topic. It is no longer acceptable to weigh the merits of both sides’ arguments carefully before taking a stance. The day’s notable events demand an instant and decisive reaction, with most commentators and pundits employing a “shoot first, verify second” strategy.

A quick question: How many people do you follow on Twitter? Okay, now how many of them (who regularly tweet politically) are on the opposite side of you on the political spectrum? Maybe you’re one of America’s last true political independents and you follow both Sean Hannity and Keith Olbermann, but if not, you probably answered just like the rest of us that you mostly follow people “on your side.” This kind of media echo chamber isn’t exclusively your fault, however. In a successful search for better ratings, news outlets on each political side have become further entrenched in their respective biases and are now embarrassingly partisan. With Google tweaking its search results and Facebook catering your timeline based on past clicks, the digital world around us makes a gallant effort to keep us in our respective political bubbles. Being that the average American spends ten hours a day looking at a screen, per CNN, this effect on the populous cannot be overestimated. However, this problem is not all that recent.

America’s political partisanship has been steadily growing for the last twenty years. In 1994, 10 percent of politically engaged people identified as “consistently conservative” and only 8 percent identified as “consistently liberal.” Those numbers in 2014 (courtesy of Pew Research), before the toxic 2016 election season, were 33 percent and 38 percent, respectively. The healthy 82 percent middle ground of mid-90s America is long gone. Both sides have built healthy bases that aren’t planning on budging. Now, this in itself doesn’t bother me. The Founding Fathers built a system of government highly conducive to gridlock, and lack of much government action has generally led to periods of prosperity. What concerns me deeply is that the rise in polarization has made political tribalism great again.

Be it white nationalist groups on the right or Black Lives Matter, it’s clear that the use of identity politics as a weapon isn’t going anywhere. Whether it’s fear, prejudice, or just plain ignorance, more and more people are clinging to the idea that individuals deserve to be ostracized due to their role in a collective group. It is worth pointing out that just about every important conservative has firmly distanced himself/herself from the message of neo-nazis, and the left is still generally quite sympathetic to BLM and Antifa. It would definitely be unfair to cast equal blame to both sides, but you know that when scum like Richard Spencer and Deray Mckesson both boast a substantial base of supporters, our country still needs to reevaluate its priorities. Maybe that will happen soon, but it’s safe to say that at this point I’m skeptical.

Unfortunately, the Left and Right are now so far apart on many issues that we’re almost quite literally speaking different languages. What the Right labels murder, the Left calls reproductive justice. What the Right labels free speech, the Left calls hate speech. We can’t even agree what the definition of a boy or girl is, anymore. Post-election poll numbers show that 45 percent of Republicans and 41 percent of Democrats think that the other party is so dangerous that it is a threat to the nation (Pew Research). Viewed through that lens, is it that surprising that the ideological fight against the opposition so frequently leads to violence? From each of their perspectives, they are protecting their country from dangerous forces. Sadly, more often than ever, they are correct.

I come to you not with the message that conservatives and liberals need to start agreeing with each other. I’m not even saying that we have to respect each other, but if we can only agree on one thing, it must be that acts of pure racist and ignorant tribalism need to be denounced, no matter what form they take. When Neo-Nazis gather for a march or when a student is silenced due to his or her “white privilege,” both sides of the same ideological fallacy, that color of skin matters more than content of character, are being promoted. All this does is push both sides farther and farther to the extreme, giving radicals a chance to expand their platform. Sadly, I suspect that things are going to get a lot worse before they get better. As polarization escalates, more and more people will feel backed into a corner until they are left with only one apparent option: violence. Because of that, we’ll all suffer. When people are fighting in the streets you won’t just hear the sound of rioters and sirens. If you really pay attention, you’ll hear the quiet sound of democracy dying.