Minnesota Daily Plays It Fast and Loose with Tax Code 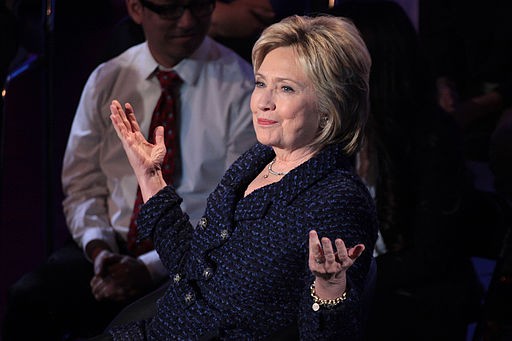 On October 26, 2016, the Minnesota Daily published an editorial with their endorsement for President. This endorsement, a clear and demonstrable act of political activism in favor of Hillary Clinton, nominee of the Democratic Party, was published in clear violation of the Daily’s status as a 501(c)(3) non-profit corporation, a description lifted straight from their own website. As defined by the IRS, “[a 501(c)(3) non-profit corporation] may not attempt to influence legislation as a substantial part of its activities and it may not participate in any campaign activity for or against political candidates.”

This editorial in the Daily was a gross violation of the IRS’s rules, acting as a full-throated praise of the former Secretary of State’s policies and a scalding rebuke of those who would support businessman Donald Trump as bigots and authoritarians, concluding with the followingparagraph:

“Wake up from your wicked slumber and cast your vote for Hillary Clinton on Nov. 8. Otherwise, you will have unquestionably marked yourself as a bigot just like your man himself. And we promise we will not forget.”

While it is the Daily Editorial Board’s right to endorse Clinton’s policies, such as a more progressive tax code, even greater leverage given to teacher’s unions, and the goals of the Affordable Care Act, it is not legalfor them to endorse her, or anyone else seeking public office. The past endorsements of Mark Dayton in the Governor’s race two years ago and Barack Obama in the 2012 define a pattern of disregard for tax law anda continuing pattern of support for the Democratic-Farmer-Labor Party.

After reaching out to the leadership of several political groups on campus, the reaction was uniformly critical of the endorsement by an organization receiving Student Service Fees. “We were told that no group receiving Student Service Fees could give an endorsement, even in a primary,” said Cory Blunk, President of YAL-UMN, “It was a poor decision for any group that receives those feesto endorse a candidate. Period. If they want to continue their endorsement of Hillary, the ethical thing to do would be to return the remainder of their fees-based funding.”

In conclusion, the Minnesota Daily’s actions represent a breach of their tax status as a 501(c)(3) organization, dedicated to act only on ideas, not upon candidates or active legislation. Additionally, they are in violation of instructions given to fee-receiving groups at the University of Minnesota by engaging in political activism in support of Hillary Clinton and by extension, the Democratic Party who nominated her.

The Minnesota Republic does not endorse or oppose candidates for President.