Does The Confederate Flag Speak for Southern History, or White Supremacy? 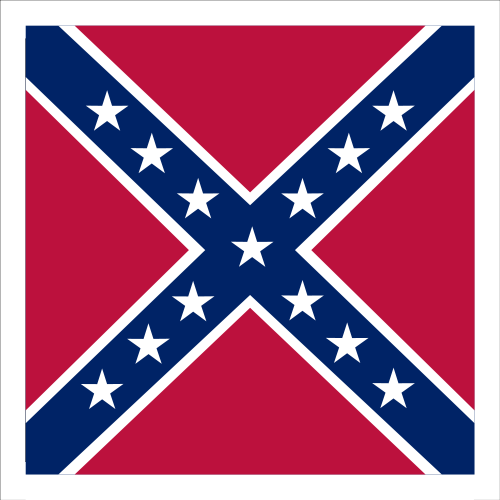 In regards to memorializing specific battle sites and symbols following his final Civil War surrender in April 1865, Confederate General Robert E. Lee called it smarter “not to keep open the sores of war.”

One-hundred-fifty years later, however, a plethora of Americans fear our nation still has “sores” to close.

After the June 17 shooting at Emanuel African Methodist Episcopal Church in Charleston, South Carolina, and the discovery of perpetrator and white supremacist Dylann Roof’s photos with a Confederate Flag, U.S. citizens divided in a debate that raises a controversial question: Should we continue to allow public display of the flag of the Confederacy?

The flag stands for white supremacy, supporters add, because the Confederate States wanted just that when they fought to keep blacks as slaves over 150 years ago.

According to CNN, South Carolina, Mississippi, and Georgia all mentioned slavery as the top, or one of the top, reasons for secession in their departure declarations prior to the Civil War; Mississippi expressed it at the very beginning of its declaration, and Georgia did the same in the second sentence of its own.

“Our (reason for seceding) is thoroughly identified with the institution of slavery—the greatest material interest of the world,” Mississippi wrote.

Lonnie Randolph stated that the flag stood for secession, and not the unity of a nation. Randolph serves as president for South Carolina’s chapter of the National Association for the Advancement of Colored People.

Commenters on Debate.org offer interesting insight to the debate.

While supporters of the flag’s removal often say display in private aligns with freedom of expression, they do not believe public display—particularly on state property—is protected under the Bill of Rights.

One commenter says he feels this way because the flag offends “many Americans” and represents a time when U.S. citizens permitted and encouraged racial segregation.

Other Debate.org commenters and Americans disagree.

A commenter in support of the flag’s appearance in public calls its display in line with the right to assemble, as its enthusiasts keep it flying in peaceful protest of their preference for the nation the flag symbolized, and to honor their Southern Pride.

Confederate flag enthusiasts also say that many other states’ rights and disagreements aside from slavery prompted the secession of Southern states.

Additionally, the Confederate Flag that flies today differs from the first, second, and third flags that represented the Confederate States before the Confederacy’s dissolution. Today’s “confederate flag” was merely a lesser-flown battle flag. Its supporters say that, therefore, it represents history, and respect for the soldiers it represented, but not slavery or white supremacy.

Due to the 2000 Heritage Act, most Confederate Flags in public places require a “two-thirds vote of each house of the General Assembly” before removal. According to a survey conducted by CNN and ORC, the majority of Americans feel perfectly content with the flag.

Fifty-seven percent of Americans say the flag represents Southern pride, not racism. While about three-fourths of African-Americans claim the flag symbolizes racism, only one-fourth of whites agree.

John Bankhead, the Stone Mountain spokesman, called the singular area beneath the displayed flags a memorial to the Confederacy in accordance with state law. Therefore, their display symbolizes peace and history, not disharmony.

The commander-in-chief of the Sons of Confederate Veterans (SCV), Charles Kelly Barrow, says that removing the Stone Mountain flags would only make for more problems and offense taken.

Other SCV members express fewer concerns: “Whatever the legislature decides to do, we will accept it graciously,” Ken Thrasher said on behalf of the South Carolina section in the midst of the state’s debate on whether to remove the flag from its Capitol.

The South Carolina State Capitol removed its Confederate flag in July 2015. As of the same month, the flags still fly at Stone Mountain Park.