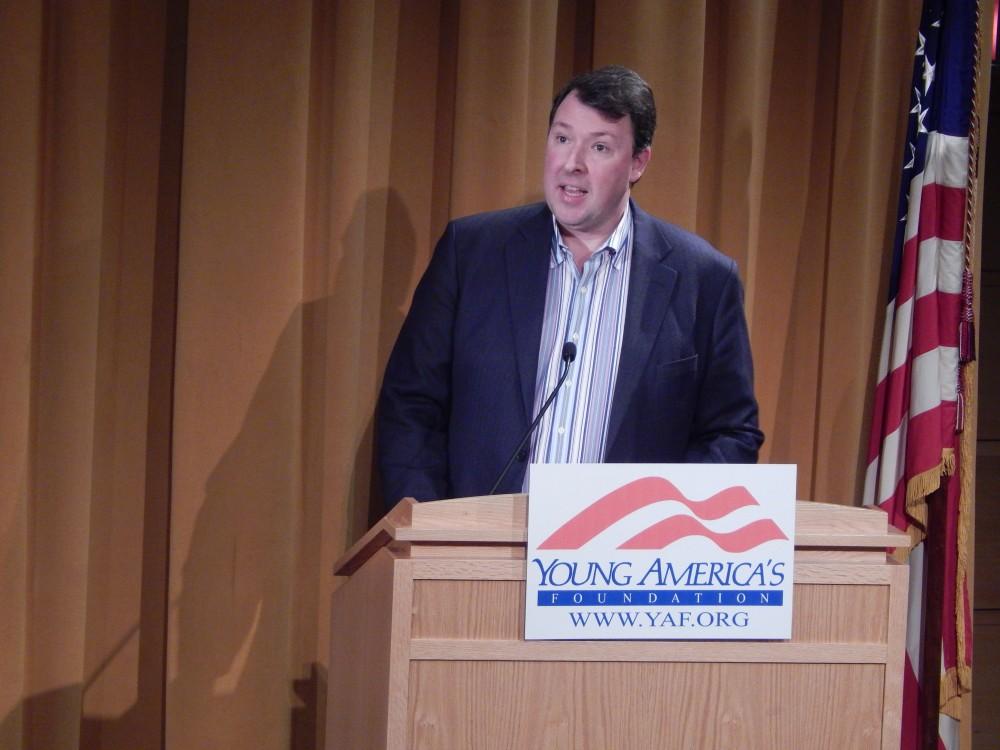 As part of the University of Minnesota’s “Conservative Awareness Week,” Marc Thiessen spoke to a crowd of University students about why the United States is losing the war on Islamic radicalism and what can be done to reverse the tide of the conflict. Thiessen, a former speech writer for President George W. Bush and Defense Secretary Donald Rumsfeld, told the audience that the situation in Iraq is the fault of the United States government, specifically the apathy of President Barack Obama.

Thiessen began by referencinga conversation he had with his son during a tour of the Auschwitz concentration camp.

“I struggled to explain to my 12 year old son how the world’s free nations had let this happen,” Thiessen said, “Why didn’t the world’s democracies stop the Nazi movement in its infancy?”He goes on to say, “The depressing reason I had to give him was: for the same reason we are doing nothing to stop the rise of the Islamic State.”

He referenced a Neville Chamberlain-like attitude towards foreign catastrophes.Thiessen spoke of the continual rejection of crisis by Western nations until the situation reaches a cataclysmic level. It is easy to ignore problems like the Nazis, communism, the Rwandan genocide, and the rise of ISIS by brushing them off as conflicts we aren’t involved in geographically. Western nations’ governments can easily pass off these tragedies as not their responsibility. Thiessen makes the neoconservative argument that it is the West’s problem as well. These movements often have goals to harm the West. It was the goal of Hitler, Lennon, and now the Islamic State to destroythe United States and others to enforce their damaging ideologies on the world.

Thiessen transitioned to the current struggle we face in Iraq. According to Thiessen, when Barack Obama entered office in January of 2009, Iraq was pacified and stable. President Obama entered office waving high his promise to end Bush’s wars. This mindset lead to an ill-advised decision to abandon Iraq prematurely. The President continued to defy the wishes of his own Cabinet and security advisors.

The weak stance in Iraq and Syria has lead to the ideological struggle the United States faces today in the Middle East. Echoing the words of Osama bin-Laden, Thiessen refers to this as a “weak horse and a strong horse” situation. The idea being when there are two forces, one strong and one weak, the people will always choose the winning force, or the “strong horse.” According to Thiessen, the United States and its allies are the weak horse in Iraq and Syria, and ISIS is the strong horse.

Thiessen made it clear that in order to win the two-tier war on Islamic radicalism in the Middle East, the United States must commit to a long term plan of military action and ideological support. The nation cannot continue ignoring these threats for political gain, for both humane and security reasons.