A Discussion with IDF Soldiers on Ethical Warfare 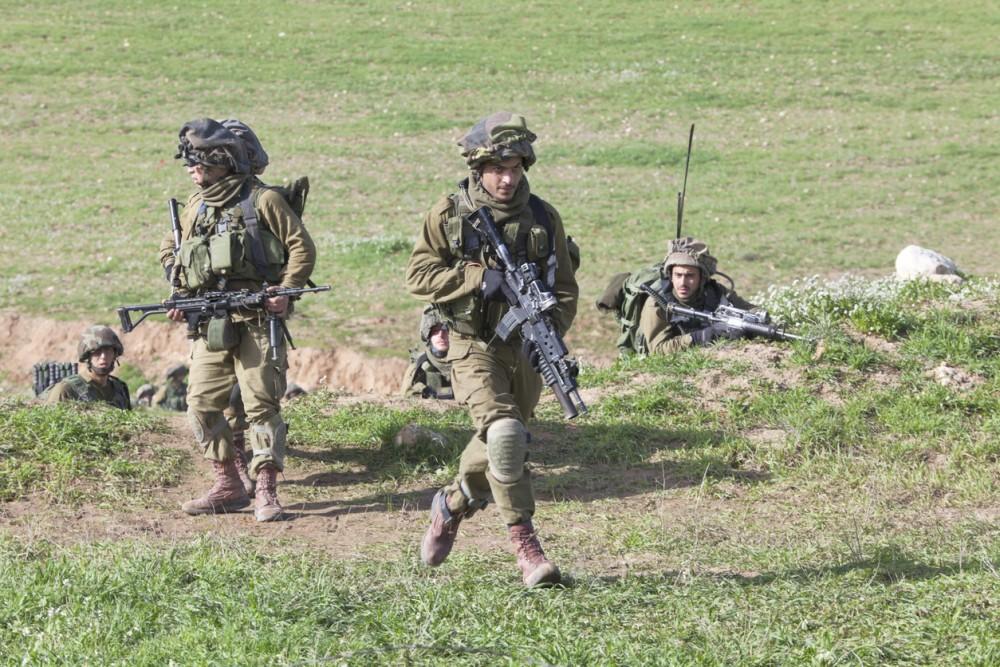 In October, Students Supporting Israel hosted Aviad and Timna, one former and one current IDF soldier.

The forum was called “MyTruth: Battlefield Ethics” after the popular hashtag, #MyTruth, on social media that led many IDF soldiers to detail their personal stories. Members of the movement now travel from city to city to share their experiences in the Israel Defense Force (IDF). This movement sprung from the recent accusations of Israel committing war crimes in the 2014 campaign in Gaza.

The goal of their talk: to show people that they are not war criminals, as some groups on campus and the mainstream media would have people believe.

Throughout their speech, Aviad and Timna detailed not only specific training exercises and missions but also ways in which the IDF ensures ethically trained soldiers shoot only when they are confident it is an enemy that is facing them.

Timna, in particular, mentioned that her role as an infantry instructor made her feel uncomfortable at first because part of her job included weapons training. To her, this meant that she was training soldiers how to kill. Yet as she came to learn more about her role, she realized that the most important part of her job was to train her fellow soldiers on how to restrain themselves in combat.

In many ways, Timna was teaching soldiers how to save innocent lives, not only by training them to shoot combatants wanting to harm them and others but by also showing them how to refrain from accidental civilian deaths.

When she went on to explain her story of reaching out to Palestinians bringing her commitment to the Israeli-Palestinian peace process by being an IDF soldier into question, she tried to convey this message to them. They would rather “stay the victim,” she said. They did not lend her an ear.

Aviad, on the other hand, had many first-hand accounts of actual battles in the Gaza Strip, including the recent mission in 2014. In regard to operation “Protective Edge,” he explained why Israel made the decision to go in after countless rockets had been fired into Israel from Gaza by the terrorist organization Hamas.

He also gave insight into his mission in 2008 when he took part in Israel’s first big operation in Gaza since they pulled out all military personnel in 2005. This invasion was also brought on when Hamas started firing rockets into Israel.

With no air support or large machinery to back them up, Aviad and his unit were the first to enter Gaza. After entering their first house and proceeding inland, they came under fire. A member of Aviad’s unit called out in Hebrew to make sure it was not friendly—an extra precautionary step as they were the first unit to enter the territory—and in the process, he was shot and killed. In other words, Aviad’s fellow soldier died because of his commitment to ethical warfare.

Aviad and Timna also gave insight into how the problem in Gaza persists. Unlike in the West Bank, where Aviad works with and employs Palestinians himself, Gaza remains an area void of Jews. Just recently, they mentioned a vast tunnel found stretching from Gaza to Kibbutz with eight terrorists inside. The tunnel was meant for terrorists to sneak in from Gaza to kidnap and execute Israelis.

They did not see the situation as hopeless but stressed how the need to get the story correct was crucial for the two sides to understand each other and eventually come together. They explained their surprise at the current level of anti-Israeli sentiments on American college campuses and urged people not to give into the stories on the news only looking to boost ratings.

International support for Israel has lacked since U.N. forces left Egypt in 1967 upon request shortly before Egypt invaded Israel in the Six Day War.