Get Ready for Gopher Basketball 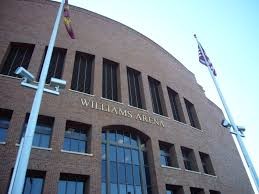 As every Gopher fan should be, I have been quite disappointed by the pathetic performance of Gopher football so far this year. But do not fret, the Gopher basketball season is right around the corner and the Gophers should have a great season. After a horrendous 2015-16 season the Gophers turned it around last season and finished 4th in the Big Ten and made it to the Big Dance in March. So the big question for this year is whether they will repeat their regular season success and add on to it with wins in the postseason.

Going into this season, the Gophers are ranked 15th in the preseason Coaches Poll making the 2nd most highly ranked Big Ten team. This may seem like a lot of faith put in the team but not a surprise since the Gophers lost only one major player from last year, Akeem Springs. Springs was a big loss at the guard position with 9.5 points a game but is replaced with Isiah Washington who is the 68th ranked player in this year’s recruiting class, according to ESPN. The Gophers are hoping Washington will complement their other main guard and last year’s top scorer, Nate Mason.

The only other big loss for the Gophers this year is Eric Curry, who tore his ACL, MCL and meniscus in a pickup game at the end of the summer. Coach Pitino has expressed concern about the loss of Curry since he is often rotated in at center when starting, Reggie Lynch gets into foul trouble. Overall, the Gophers are in pretty good shape with 5 of the top 6 scorers from last year being healthy and ready to go. Considering this, and the addition of Isiah Washington, the Gophers certainly have the roster to do even better than last year.

The Gophers season certainly does not happen in a bubble and will be determined by how they match up against the teams they play out of conference and against the always tough Big Ten. The Gophers out of conference schedule should be easy as they only play 3 teams who made the tournament last year; Miami and Arkansas who were 8 seeds and Providence who was an 11 seed. The Gophers are lucky this year by drawing a relatively easy opponent in Miami for the Big Ten-ACC Challenge while avoiding tough teams like Duke or North Carolina.

The Gophers should not be challenged too much in the beginning of the season since they are only scheduled to play 4 teams in their first 18 games that made it to the tournament last year. I am not saying they will start 18-0 but if the Gophers want to make it to the NCAA Tournament again, it will be decided in those first 18 easier games. Replicating the 15-2 start they had last year needs to be the goal for the Gophers. After those first 18 games, the schedule gets brutal as always with the hard stretch of their Big Ten schedule. This includes 2 games against last year’s Big Ten Regular Season Champion Purdue Boilermakers along with games at Wisconsin and at Maryland. The last 13 games for the Gophers will be tough so they must get a good start to the season otherwise they will be back to their pathetic 2015-16 performance.

Last year was a really impressive performance for a Gopher team with no real expectations from anyone and this year we will see if they can perform in the national spotlight. I believe they can and I predict they will be 26-8 this year which should be good enough to finish 3rd in the Big Ten. They should make the tournament and I think they are certainly good enough to make it to the Sweet 16. Regardless, basketball will be much more enticing than the pile of disappointment that Gophers football has been thus far.