America will progress despite Obama 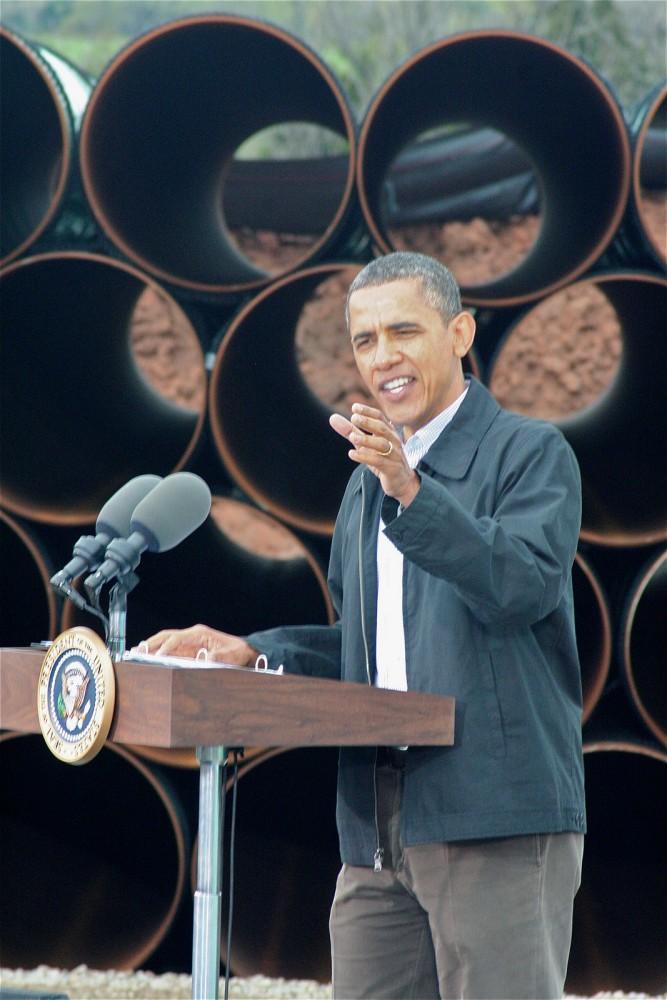 On Feb. 11, the U.S. House of Representatives passed a bill that would approve $5.4 billion dollars in funding for the Keystone XL Pipeline. However, President Obama has now followed through on his threat to veto the bill. He now stands directly in the way of the creation of American jobs, and the energy security of the United States.

The bill passed in the House, 270-152, which shows the overwhelming bipartisan support the bill has gained from both Republican and Union Democrats. In an interview with U.S. News, Speaker of the House John Boehner stated, “The project would mean stronger economic growth and a more stable and affordable energy supply to help protect against huge price spikes.”

While the pipeline would not be going through Minnesota, it is still an issue of considerable importance to Minnesotans. The construction of the pipeline would decrease the number of trains needed to transport Canadian crude oil, which is going to be exported across the United States regardless of the construction of the Keystone XL pipeline. According to the Star Tribune, researchers from the American Petroleum Institute have indicated that, by 2019, the expected completion date of the Keystone XL, the amount of crude oil being transported by train will increase by 700,000 additional barrels. Both parties within Minnesota agree that there have been a variety of safety concerns surrounding the use of trains for the transportation of crude oil, and the increase of tonnage without the Keystone XL pipeline would only increase the risk of major disaster which could devastate Minnesota’s abundant natural resources. The Keystone XL would not have the same degree of risk of a major disaster occurring if it were constructed correctly with adequate funding.

Union Democrats in Minnesota have been supportive of the Keystone XL pipeline due to its job creating capabilities. The construction of the pipeline will require a substantial amount of iron in its construction, which would be huge advantage for jobs in the Minnesota Iron Range. Thus, for the good of their constituents, rural Democrats such as U.S. Representative Rick Nolan and U.S. Representative Collin Peterson are supportive of the construction of the Keystone XL.

Obama stands in contradiction to himself by not signing the funding bill for the Keystone XL pipeline, as he has stated in the past his devotion to promoting energy security and diversity. His veto of the bill goes directly against the security interests of the United States, and the environmental and economic interests of Minnesota and the nation as a whole.