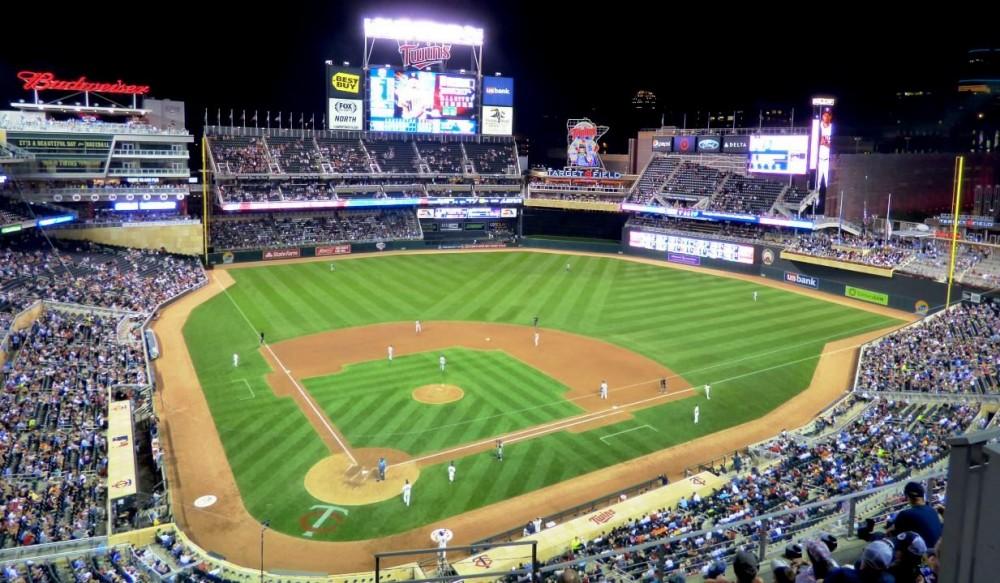 162 MLB games have come and gone. For some teams, the season thus far brought legendary success; for others, it brought months of terrible agony. With that, we will now analyze the MLB playoff picture and try to predict which teams will rise and which will fall in the land of October baseball.

The D-backs have had a great but streaky season. Unfortunately, that greatness coincides with their division rival Dodgers’ nearly record-setting season. They will host the one-game playoff against the Rockies, who have talented players but have not lived up to their hot start back in April. Prediction: Paul Goldschmidt and his boys win this slugfest, despite the best efforts of Nolan Arenado.

Prediction: Paul Goldschmidt and the (Diamondbacks) win this slugfest, despite the best efforts of Nolan Arenado.

The Baby Bombers have surprised everyone this season with their uncanny success, despite such an inexperienced roster. They will coast into the home-field advantage against the Twins, who will barely hold onto a playoff appearance. The Twins’ season has been marred by injuries, lack of talent, and trading away players at the deadline.

Prediction: As unpredictable as the wild card game is, the Twins do not stand a chance against Aaron Judge and the Yank’s bullpen at home.

The Dodgers are baseball’s juggernauts this year. While they finally showed humanity during their September losing streak, do not forget that this team almost beat the record for most wins in a season.

Prediction: Clayton Kershaw, Yu Darvish and the Dodgers provide a deadly 1-2 punch on the mound, putting this best-of-five series far out of reach for Arizona before they even get the chance.

It is impressive that the Nationals ended with the second-best record in the NL, despite their injury-plagued season. They did so with the brilliance of reigning Cy Young winner Max Scherzer, the surprise success of Stephen Strasburg, and the continued excellence of Bryce Harper. They will go up against Chicago’s dynasty-to-be, which has had a rollercoaster season. However, the Cubs are clutch.

Prediction: With the return of ace Jake Arrieta, the deadly combination of youth and experience that defines the Cubs win, and the Nationals go home once again without ever winning a postseason series.

The Indians seem completely unbeatable the past month. During their historic 22-game win streak, Cleveland showed the world what they could do. The Indians have embraced the loose, youthful nature of the Cubs and have made it their own. When the double-play combo of Francisco Lindor and Jose Ramirez put the offense on their backs, the Yanks will not be able to catch up.

Prediction: The Indians take the series and their unfinished business continues.

The Astros may not have been the uber powerhouse that experts predicted in March; they ended up with a respectable second-best record in the AL. Their young roster, led by unorthodox leadoff man George Springer and MVP-candidate Jose Altuve, have made baseball relevant again in Houston. The Red Sox are still reeling from the retirement of David Ortiz, as they have been all season.

Prediction: While the performances of Chris Sale and rookies Andrew Benintendi and Eduardo Nunez have made them an absolute contender, Boston still has many holes in Boston’s roster. Mainly, the pitching depth and the lack of home runs will ultimately lead to their downfall as Houston wins this series handily.

Rematch! While this may seem like a deja-vu, the Dodgers have home-field advantage this time around. These old rivals will meet again in what will surely be a long and hard-fought series, but not even my constant cheering can save the Cubs here.

Prediction: The Dodgers get their revenge and move onto the Fall Classic.

This series is going to be intense. The two best teams in the AL go at it for the pennant and the games are going to be tight and drama-filled.

Prediction: The Indians are a complete team and will outlast the Astros in seven games.

For all of the marbles, the Indians and Dodgers face off. The Indians have one of the most elite offenses in baseball, while the Dodgers lay claim to incredible pitching depth.