The Minnesota Republic • May 11, 2015 • https://mnrepublic.com/3055/uncategorized/university-welcomes-conservative-commentator-ben-shapiro/ 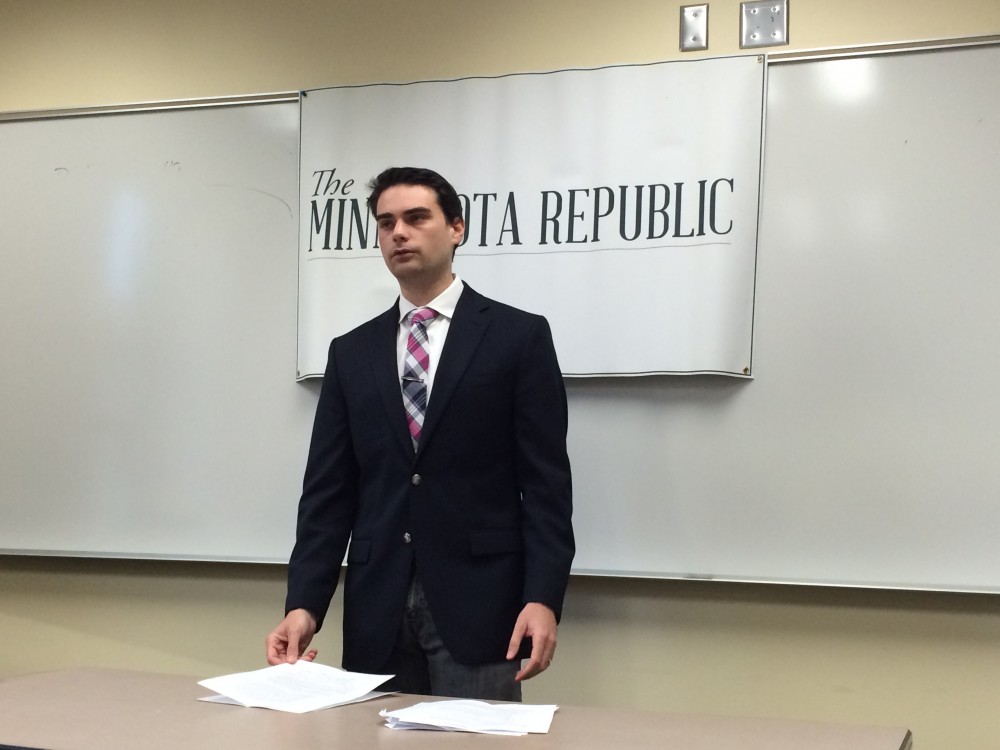 Shapiro’s academic intelligence paired with his incredible oratory skills made his lecture both interesting and thought provoking. In his lecture, Shapiro discussed the perils of leftist ideology and additionally argued that the left is to blame for the current situation the United States finds itself in.

Shapiro outlined three reasons that leftism is a bankrupt ideology. First off, Shapiro argued that leftist ideology places ultimate emphasis on creating equality of outcome. Obviously the idea of equality of outcome is deeply problematic, considering it is the very basis of Marxist ideology (inherently leftist), and the makeup of socialism. Shapiro added, “we have equal rights not equal capacities.”

Inequity does not equal inequality, the two are not the same.

The second principle is that the left finds “group justice to be more important than individual justice.”

Group justice is seen as social justice, which Shapiro argued to be a misreading of what justice is. Justice that honors the group before the individual is not justice at all.

The third principle of leftist ideology is, “the truth doesn’t matter.” Shapiro contended that leftists don’t reason with facts, instead they are more worried about their end goal. In other words, leftists have no problem abdicating the truth for the sake what they believe to be a “larger truth.” To explain this concept, Shapiro pointed to the current situation in Baltimore, in which facts are being forgotten for the sake of “larger truths” championed by the left, including their version of equality.

Shapiro’s speech did not come without controversy, as Students for Justice in Palestine (SJP) at the University of Minnesota-Twin Cities released a statement condemning the campus’s decision to sponsor the Shapiro lecture. In the statement, Students for Justice in Palestine declared, “Inviting Shapiro onto campus does nothing but make Palestinian students and those who support SJP feel unsafe and only serves to create more discord and disrespect on campus.”

Shapiro addressed SJP’s claims at the start of his lecture, stating that SJP was associated with foreign-funded terror groups, has supported both Hezbollah and Hamas (terrorist groups) in the past, is anti-Semitic, and that he would be more than willing to discuss his claims deeper with anyone who felt compelled to speak up. Of course, no one did.