The Minnesota Republic • May 6, 2016 • https://mnrepublic.com/3123/uncategorized/tubman-to-be-sixth-republican-on-u-s-currency/

Tubman to be Sixth Republican on U.S. Currency 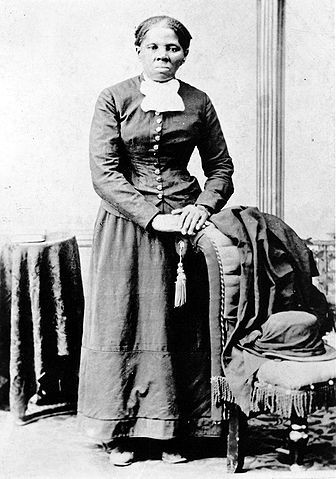 On April 20, 2016, U.S. Treasury Secretary Jack Lew announced that Harriet Tubman—the ex-slave famous for helping over 300 other slaves escape to freedom—will replace Andrew Jackson on the face of the $20 bill.

The change comes after several months of both men and women seeking a woman’s face on U.S. currency. Lew told Judy Woodruff of PBS that Tubman was among the most supported and desired women for the replacement. As an escaped slave who led many others to liberty and helped found the women’s suffrage movement, Tubman played a prominent role in the nation’s history.

What is less well known: Harriet Tubman was a Republican.

Republicans of Harriet Tubman’s time fought Southern Democrats for the freedom of slaves, and the Emancipation Proclamation–the famous document proclaiming freedom of all enslaved people in America–was issued by another Republican, Abraham Lincoln.

Furthermore, photographic evidence shows Harriet Tubman holding a gun, and many sources report that she used a gun to defend herself while helping to liberate slaves. Additionally, Tubman was a devout Christian; while many Christians today do not belong to the GOP, Harriet Tubman’s firmly held religion, support of the Second Amendment, and actions regarding slave emancipation place her on the right side of the political spectrum.

Although many Democrats today believe that Republicans’ fighting for civil rights merely means that the two parties must have swapped views between then and now, current Democratic and Republican stances on government intervention easily disprove this assumption. While Democrats prefer big government, Republicans prefer smaller and less federal government. Tubman, and other Republicans like her, wanted the government to exercise less power; excessive power in a racist society would have meant a lower likelihood of the freedom of slaves.

Harriet Tubman is an excellent choice for the first female face to grace the front of a U.S. bill. Her inspiring strides toward personal success, courage to help so many others, and genuine willingness to make the United States of America a better place make her the perfect person to remember every day. It doesn’t hurt, either, that she is a woman of color. Tubman’s race is immensely important to her story and to history overall, and it makes for even more progress on American currency. Lesser-mentioned, however, is Tubman’s Republicanism. Contrary to many people of the Left’s current notion that heroism and Republicanism are mutually exclusive, Harriet Tubman’s face will soon remind them each day that this is not the case.