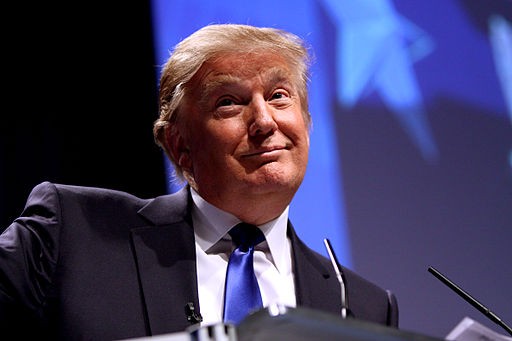 Recently, Donald Trump was nominated for the 2016 Nobel Peace Prize. The Nobel committee only releases the name of the nominee and not the nominator, so the world may never know what gem nominated Donald Trump.

Trump’s nominator described his Nobel worthy actions as being his, “vigorous peace-through-strength ideology” that apparently will serve as an effective “threat weapon of deterrence against radical Islam, ISIS, nuclear Iran and Communist China.”However Trump has never had the opportunity to put this ideology into practice. How is it possible to be nominated as a recipient for an award without having done anything to earn it? Did the Nobel Committee learn nothing from giving the award to President Obama after his election?

Throughout Trump’s life, he has done nothing deserving of standing alongside the awe inspiring people who have won this award in the past. How is it appropriate to compare Trump to the 14th Dalai Lama, who fought for human rights and nonviolence against China’s occupation of Tibet? Or Malala Yousafzai, who dedicated her award to “those forgotten children who want education”?

All previous winners have fought for peace and served as amazing symbols for their causes. Donald Trump’s only slightly relevant qualification for this award is his presidential race.

Additionally, Trump has been harshly criticized for racist and sexist comments that in no way promote peace. His desire to build a barrier between two nations and deport people based on fear seems harshly contradictory to what the Nobel Peace Prize has stood for in the past. Compared to Martin Luther King Jr., Trump seems to be the farthest thing from what the Nobel committee should desire as a winner.

The fact that a person like Donald Trump, who has taken no action to promote peace, was able to be nominated for the Nobel Peace Prize speaks to the contemporary importance of the award. Trump’s nomination and the ability of the nominator to stay anonymous only leads to questions as to the intentions behind the nomination. Was Trump nominated because of merit or publicity?

Unfortunately, he is now a Nobel nominee and even more publicity will be directed towards him in the presidential race. It is truly sad that past nominees like Gandhi will be disgraced by having Donald Trump associated with them through this award.