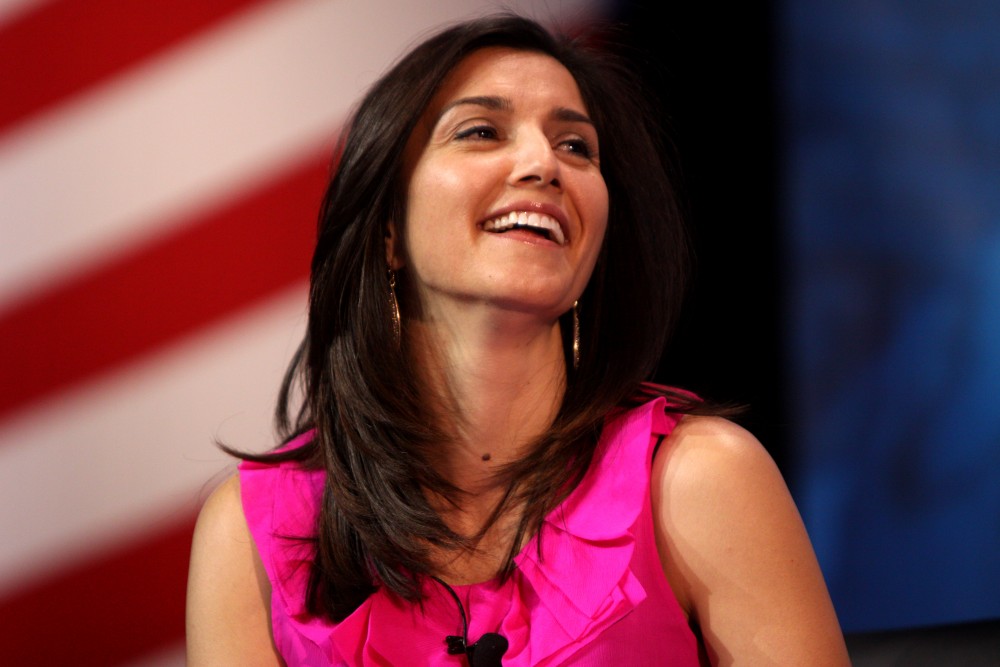 On January 24, the University of Minnesota Honors Program hosted part three of its six part series: Six Women, Six Topics, Six Perspectives. The lecture was titled “Feminism: Why Gloria Steinem and Sheryl Sandberg prove conservatives are the real feminists”. It was given by Rachel Campos-Duffy, a conservative political pundit and former reality TV show member who has appeared on The View, Fox and Friends, The Real World, and several other daytime television shows.

In the first half of her speech she addressed modern feminism, specifically that which was on display at the women’s march in Washington D.C. only three days earlier. The first of her main concerns was that, ”Conservative women have not been included in feminism,” and that women who are pro-life have been excluded from using that title.

At one point she stated, ”It seems to me that feminism has evolved to become almost exclusively about abortion rights. This is perplexing to me because I thought feminism was about expanding rights,” While the statement is controversial, multiple pro-life feminist groups were removed by theorganizers of the famous Women’s marches around the country several weeks ago.

Campos-Duffy’s second concern was the method that many at the women’s march used to send their message. “I have to say the Vulgarity on display at the march was a little off-putting to me… Our power as women doesn’t come from being as crass as the lowest common denominator… We should use our gender to uplift.” She also expressed exasperation withsome of the behavior exhibited by those participating in the march, “Pro life women were spat upon and Madonna said she wanted to ‘blow up the white house’.”

Campos-Duffy elaborated on her theory as to why, saying that conservative women are more focused on family, community, and work andare willing to make career changes for their families. Stating that the left has scorned those women,who choose not to follow a “feminist transcript” and gave an example from the 2012 election when a leftist commentator quipped, ”at home moms haven’t worked a day in their lives,” which Campos-Duffy spurned. Throughout her speech she focused on a singular message, “Ignore other people’s judgments about what you decide to do,”

When she met her husband, she said she could have stayed where she was and followed her career, but instead moved to a small town in Wisconsin and helped him set up his future career as a successful politician. “Do not let a nice man, a kind man, a man you love, slip away. I gave up my career to follow my heart and didn’t follow some feminist transcript of what I was ‘supposed’ to be doing.”

Campos-Duffy did follow up, however, by saying that “Finding the right balance is experimental”, and that everyone will have a different way of approaching professional and family life. She did note that “Conservative feminism expands the range of acceptable life choices to include following their heart, and I believe modern feminism would benefit greatly from including conservative feminists.”

Later in the lecture, she shifted into modern politics not so subtly, “For the past eight years, Barack Obama has been the master of harnessing pop culture, but I believe he has met his superior in Donald Trump. Donald Trump is nothing if not totally and utterly comfortable in his own skin.” Being immersed in the culture, she said, was the best way to connect with the general population. She believed that the left, or at least our former president, had recognized this and harnessed its power.

Her speech took a slightly ominous turn, though, when she started to target the left more directly. “I think there is selective outrage by the left, they condemned Trump for imitating a disabled person, but the disabled are selectively targeted through abortion. When I was pregnant with one of my children, the ultrasound showed a false positive for Trisomy 13, and the first thing they asked me was ‘Do you want an abortion?’. So, a man making fun of a disabled person? Bad. Selectively targeting and killing an innocent for having a disability? Abhorrent.”

She went on to give several more examples, such as when Jimmy Fallon gave both Hillary Clinton and Donald Trump softball and lighthearted interviews on his Tonight Show, and when Matt Lauer hosted the town-hall style presidential debate. ”Suddenly Fallon, the most likable guy in the industry found himself under attack… Matt Lauer was also criticized by the left for giving Trump a fair platform during the town hall. The left knows that to normalize Trump is to normalize conservatives and give them a fair platform for debate”

Her final remarks before she stepped down from the podium emphasized her stance on abortion as well as her hope for unity in these upcoming years. “We as a culture can be better at providing women with a non-violent solution to those women struggling with these decisions… There are a lot of ideas on the left that I like too and I hope we can all come together, and ironically I think it might happen under Donald Trump”