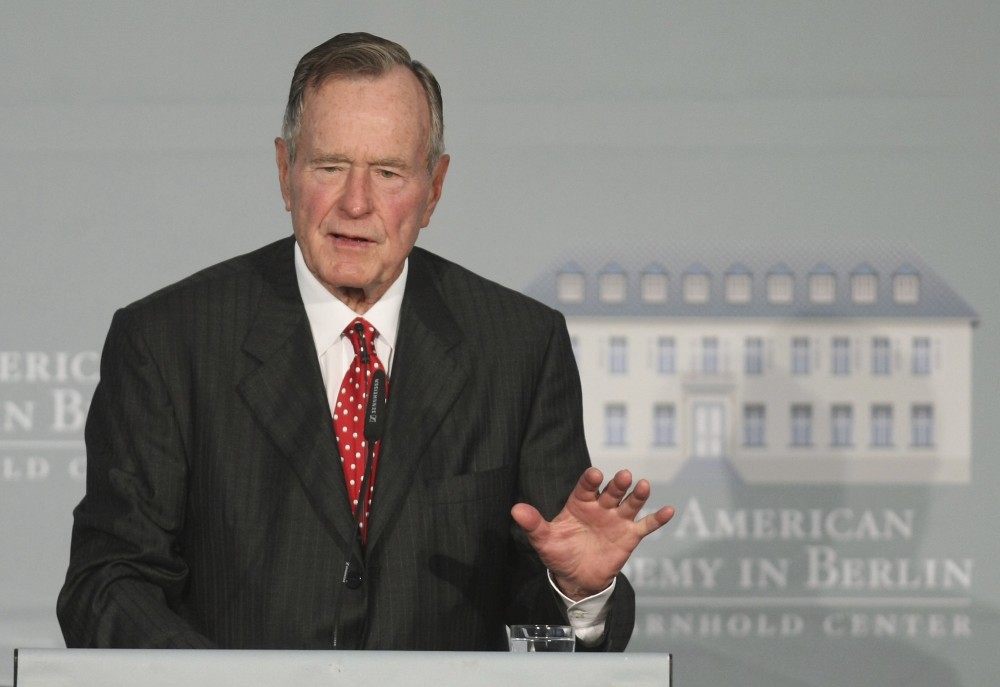 BERLIN - JULY 03: Former U.S. President George Bush speaks after he received the 2008 Henry A. Kissinger Prize at the American Academy on July 3, 2008 in Berlin, Germany. (Photo by Sean Gallup/Getty Images)

There are very few books that have historical significance before they’re even realized. One of these few books is 41: A Portrait of My Father, a biography of George H.W. Bush, from the perspective of his son U.S. President, George W. Bush. This book is significant and a must read of 2014 for a couple of reasons.

The book covers the entirety of George H.W. Bush’s life, paying special attention to why certain life events shaped George H.W. Bush into the president he became. For instance, the discipline and humility instilled within the president was attributed mainly to the influence of his mother and father, Dorothy Walker Bush and Prescott Bush. This relationship is mainly characterized through a true and sincere oral history telling of George H.W. Bush’s childhood, giving the feeling of stories which are passed down generationally within the Bush family. It is this feeling of an oral history of President Bush’s past that made 41 both enjoyable and at times emotional to read. For these reasons the book is significant in that it gives a very personal history of a political figure.

While the book was indeed well written and from an interesting point of view, there were a few points that seemed lacking. For instance, the book could have built up the relationship between President George H.W. Bush and his son, President George W. Bush, much more extensively. This would have helped in creating a greater feeling of connection, explaining better as to why George H.W. Bush was so influential in the eyes of his son. Also at times, the book would have been improved if more emphasis were put upon personal history, while at other times it may have benefitted from more academic approaches to George H.W. Bush’s story. It would have been nice to have seen a more indepth look at some of the situations from the viewpoint of George W. Bush.

Nevertheless, the book is both interesting and a quick read, and definitely should be considered as a must read for any conservative thinking person.