Paid Family Leave Too Good to be True 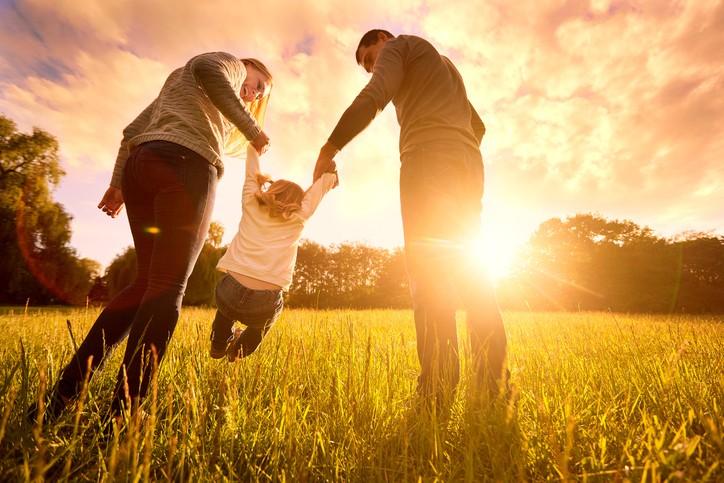 Happy family in the park evening light. The lights of a sun. Mom, dad and baby happy walk at sunset. The concept of a happy family.Parents hold the baby's hands.

Today, many loud voices in popular media call for legislation that would require businesses to provide paid maternity leave to employees. While this prospect seems attractive at first glance, such a policy could prove disastrous for young people in the United States.

A certain line of reasoning has become quite popular in America. It goes like this: “Since every major nation in the world does such and such, America must also do such and such.”

Bernie Sanders is probably the loudest and most popular proponent of this faulty line of reasoning. He often tweets that America is the only country to still practice capital punishment and to not guarantee health care for all people.

Of course, Sanders also thinks this way about family leave, tweeting, “We are practically the only nation that doesn’t offer family leave so that parents can be with their baby. That to me is an enormous shame.”

To quote Bernie Sanders, “It’s not a radical idea.”

The jury is still out on whether providing family leave is good for businesses. Some people claim that the policy works in the favor of companies, adding to the bottom line. YouTube CEO Susan Wojcicki made this assertion in a Wall Street Journal opinion piece written in 2014, claiming that Google’s turnover among new moms fell by 50 percent after Google changed its policy, extending maternity leave from 12 to 18 weeks.

However, if offering leave to new mothers is so effective, why aren’t more companies implementing such a policy?

No law currently requires businesses to offer their employees vacation days. Rather, companies have found that paid time off is an effective tool in recruiting and retaining qualified employees. Representatives of the state do not demand that corporations offer bonuses or commissions on sales, but executives have found these offerings to be effective incentives that lead to profit. One would expect a similar phenomenon with paid family leave if it were good for business. However, this is not a widespread practice. According to the United States Department of Labor, “Only 12% of private sector workers have access to paid family leave through their employer.”

Moreover, the fact that only 12 percent of private sector workers are offered paid family leave shows that this policy is not something that Americans really care about. Americans care about vacation and bonuses: That’s why these are effective ways to recruit and retain employees. If American employees really cared about paid family leave, it would be something demanded in employment contracts. Companies that failed to adapt policies to the changing preferences of Americans would pay the price by finding themselves unable to hire top talent. If they were able to hire qualified employees, it would cost them more somewhere else— salary, paid time off, or some other benefit. Such is the nature of tradeoffs. In reality, family leave is not commonly negotiated in employment contracts, indicating that employees comparatively value alternative benefits to a greater degree.

As the common economics 101 mantra reads, “There is no such thing as a free lunch.” This mantra means that if parents are getting paid for having kids, someone else is footing the bill. This begs the question, “Why should those not bearing children have their money taken and given to those who are having kids?”

Another concept fundamental to economics is the idea that incentives matter. There are consequences and implications derived from all incentives. If employers have to pay employees when said employees are not working, these employers are disincentivized to hire people in the midst of their childbearing years. Of course, there are laws prohibiting age discrimination, but these are hardly enforceable, especially with small businesses. This hurdle means that family leave legislation could make the current job economy even more challenging for young people.

Before implementing a policy based on its seeming attractiveness, the effectiveness of the policy should be evaluated. Many things that appear good are too good to be true.

If your gaze is set upon one of these things, ask yourself, “If this is so brilliantly wonderful, why does the state need to put a gun to the head of executives in order for them to implement this policy?” Then ask your friends the question; the resulting discussion may prove profound.