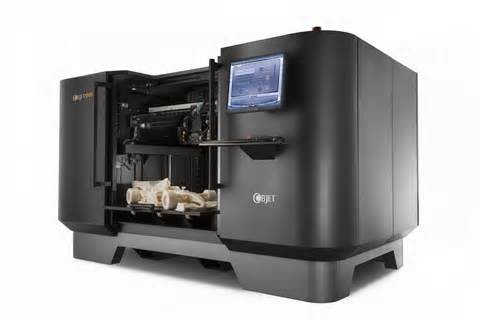 The microprocessor was introduced nearly a half-century ago and has changed the way the entire world functions, from regulating and enhancing commerce to allowing the birth of the video gaming industry and the Internet, among many other things. It is truly difficult to imagine the modern world without the microprocessor, a unit which, while itself a major invention, is momentous because of its use in driving other innovations.

Like many inventions, they are an old concept combined with a revolutionary thought. Nothing could be truer of 3D printing; printers have existed in one form or another for over a century, and humans have always been curious about our ability to create without constraints or a pre-determined structure, which was made famous by the holodecks in Star Trek.

Three-dimensional printing is revolutionary because of its great potential as a tool for invention. While the commercial and home use of these printers are just beginning to escalate, there is no telling how advanced they may become—just like the first computers that filled an entire room. The group Defense Distributed has already used 3D printing to produce an AR-15 rifle that was fully functional past 650 rounds of firing.

What is next? 3D printing could lead to, in essence, portable manufacturing facilities in people’s homes. While it is unlikely people can begin mass-producing cars in their homes anytime soon, it is conceivable that consumers could begin simply downloading the information to make household objects—pots & pans, toothbrushes, toys, clothing, books and more—the possibilities are vast.

The 3D printer could be the harbinger of doom for a great assortment of companies. The shipping industry could suffer greatly from a lack of need to ship items (as people could download the instructions and print it), manufacturing could shrink back to intricate and large items only, and the boon of owning exclusive rights to a product could disappear.

If 3D printing is to succeed, one thing is nearly certain: For better or for worse, it will increase the freedom and power of the individual. By selling 3D printers, companies could very well be selling the product that is their undoing. The difficulties disappear in attaining items that are currently hard to find. The word “counterfeit” takes on an entirely new meaning with the advent of 3D printing. What is genuine, and what is fake?