Trump and the Media: an Unlikely Love Story 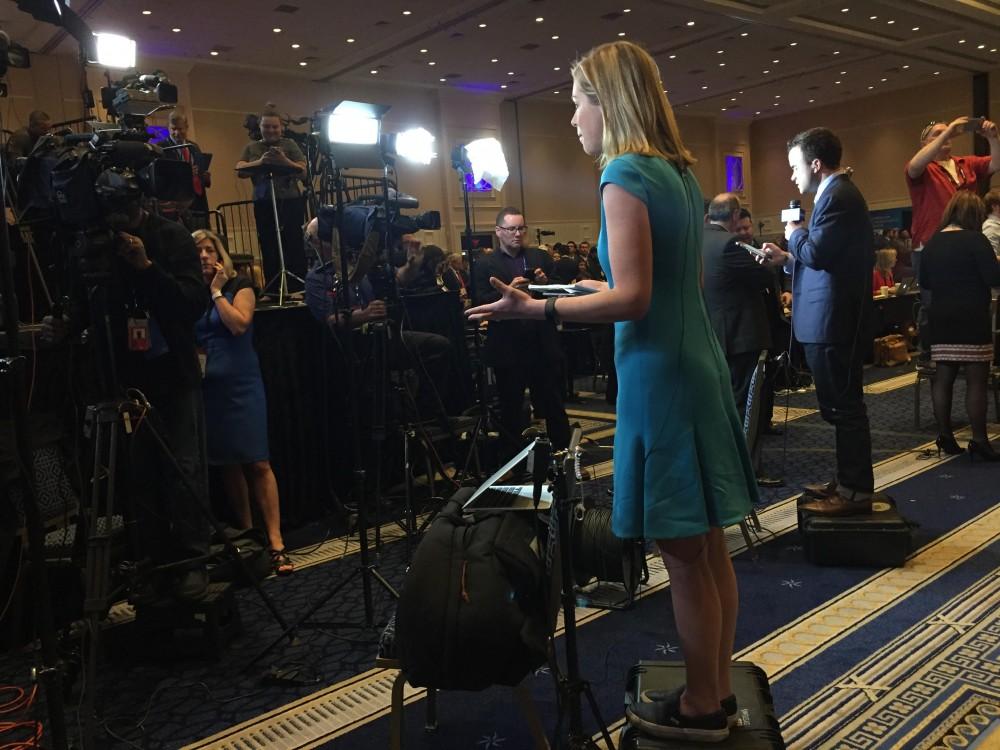 Asked on October 19th by reporters to grade his administration’s response to the tragic events in Puerto Rico, Donald Trump declared, “I give ourselves a ten.” He then went on to later claim that the situation was even worse than the one created by Hurricane Katrina. This came a week after his October 12th tweet stating, “…We cannot keep FEMA, the Military, and the First Responders who have been amazing (under the most difficult circumstances) in P.R. forever!” It would appear that Trump’s fatal flaw, his ego, has once again undercut him, and another piece of red meat has been thrown to both the mainstream media and the left courtesy of the president. But maybe it wasn’t a mistake.

Donald Trump’s relationship with the media is often painted as contentious, but in reality, the two rely on each other to survive. Their unholy pact is built on the unspoken arrangement that the media gives Trump power, and he gives them ratings. This has been true since the beginning of his campaign. As Thestreet.com details, Donald Trump received approximately $5.6 billion in free earned media throughout the entirety of his campaign. The figure was greater than the combined total of Hillary Clinton, Bernie Sanders, Ted Cruz, Paul Ryan, and Marco Rubio. Trump used this to his benefit and was able to run an effective campaign despite receiving $163 million less Super-PAC money than Hillary Clinton. Why would you need to jump through hoops fundraising when every single speech is covered start to finish? Why wear yourself out with constant cross-country trips when anytime you want to make a few points, you can just call Fox & Friends?

As the future president reaped the rewards of the media’s constant coverage, he also didn’t forget to deliver his side of the bargain. Ratings for the Republican primaries set records across the board, and total primetime ratings of CNN, MSNBC, and Fox News saw a 50% jump from 2016 to 2015. For media companies, business was booming, so selling out a little journalistic integrity was a small price to pay for the returns they were getting. The Trump machine fuels the Think-Piece Industrial-Complex, and outlets like Salon and Huffington Post thrive on the noise that only Trump can create.

To be clear, Trump’s relationship with the media is not an organized far-reaching conspiracy. Their mutual benefits are due to incompetence, not a literal, secretive deal. Even though Trump does, in fact, make good deals the best deals, he doesn’t deserve much credit for his meteoric rise. The mainstream media can’t find enough rakes to step on when it comes to covering the right, and their constant missteps give Trump just enough leeway to keep his base in check. On the other hand, Trump’s bombastic statements are not calculated moves on a 4-D chessboard. While the claim that he’s completely unintelligent is overblown, the fact that he is unable to manage his narcissistic streak almost makes that a moot point.

Despite the fact that this toxic relationship landed Trump a seat in the Oval Office, he needs to audible to a different tactic if he wants to get any traction with the public. Even though 65% of the public believes that there is a lot of fake news in the mainstream media, it is self-evident that the journos still wield a great power, as shown by Trump’s 35% approval rating. The last thing Donald Trump needs to do is give them the moral authority to correctly criticize him. Statements like the one he made about Puerto Rico are pointless and distracting. He needs to stay focused, hit the media when they deserve it, and shut his mouth every once in awhile. If he can manage to do at least that, the Trump Train might start to welcome some new passengers aboard.