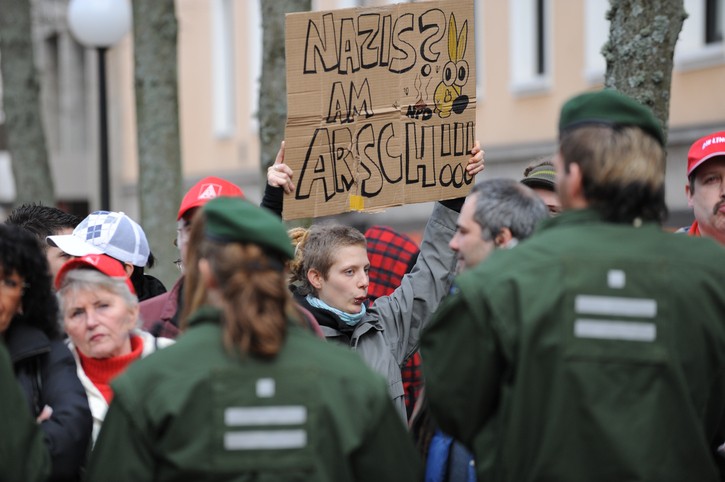 “Many cults start off with high ideals that get corrupted by leaders or their board of advisors who become power-hungry and dominate and control member’s lives. No group with high ideals starts off as a ‘cult’; they become one when their errant ways are exposed.” – Philip Zimbardo.

Most people view cults as dangerous groups that often followa single power-hungry person who leadspeople to destroy their own lives for the sake of a group’s collective well-being. We have to be critical of groups that operate like cults, and especially those who have political influence. It is clear that the Alt Right and the Social Justice Left are not cults by definition, but that they operate as if they are.

Definitions are going to be important moving forward. Both the terms “Alt-Right” and “Social Justice Left” have been thrown around too much (like the word “fascist”), to the point where they can mean just about anyone who shares even a few of the characteristics; conversely, these terms should only apply to those who fully identify with their respective moments.

The Social Justice Left is the authoritarian sect of the left-wing that is primarily concerned with race and identity politics and is heavily influenced by Marxist ideas. The contemporary Alt-Right is a reactionary movement responding to the power that political correctness has over our society. The Alt-Right has a focus on identity in the form of white nationalism, essentially the identity politics being played by the Social Justice Left, but reversing the positions of white people and minorities. Both groups are highly idealistic and have a Utopian vision of their ideal societies. This has lead to some cult-like behaviors coming from both groups. The Social Justice Left and the Alt-Right serve as examples of the dangers of groups that act like cults and discourage criticism and independent thought.

The American Family Foundation has 14 characteristics of cult-like behaviors. The characterizations include, but are not limited to, the discouraging of independent and questioning thought, leaders using guilt to control the members, discouraging of association with those who are outside of the cult, leaders implying that “the ends justify the means,” an elitist attitude towards others, and most importantly the “us vs. them” mentality.

Unlike the true definition of a cult, the Social Justice Left and the Alt-Right follow ideas and not people, which can be FAR more dangerous. Ideas don’t have morality and can’t tell people when to stop hurting others. Instead, the people following these ideas will have ever increasingly radical interpretations of their ideas, which can lead to zealotry and the devouring of the morals most other people have. We’ve seen the Social Justice Left become the authoritarian and bigoted controller of society that it claims the political right is, as well as the Alt-Right’s emergence as a movement that claims to reject the identity politics coming from the left, while embracing that same train of thought in a frighteningly racist manner.

Both of these groups appear to be collectivist. They operate with the welfare of the group in mind and place that in higher importance than the welfare of the individual. They also suppress critical thought and ostracize those individuals who voice criticism. This is fore-frontally most visible on the Social Justice Left when speakers are banned from campuses, or when people wearing “Make America Great Again” hats are physically assaulted by mobs.

The danger of cult-like thinking was displayed during a 1967 classroom experiment called “The Wave.” The Wave was meant to be only a day-long lesson to students of a high school in California conducted by history teacher Ron Jones, but instead turned into a display of the dangers of groupthink and collectivism. Jones was in the middle of the World War II unit and studying Nazi Germany when he was asked how a democracy could turn into a fascistic society. He then created a lesson that involved drilling the students on classroom etiquette such as posture and respect to create an environment of conformity and unity, which lead to a highly efficient class. The next day, the students were still following the etiquette code, despite Mr. Jones intending to end the experiment the previous day. Mr. Jones decided to continue the experiment by introducing a salute, motto, and demanding the students conduct themselves according the the experiment outside of class. The Wave then took on a life of its own. There was a clear in-group out-group mentality developed in the school, to the point where students who refused to participate were harassed and even physically assaulted. The Wave reached its climax when on the fifth day, the students attended an assembly set up by Mr. Jones, who told them that they were part of a nation-wide youth movement and they would be addressed by a national leader via T.V. Later on duringthe assembly, however, Mr. Jones revealed that the students were part of an experiment and that there was no national leader.

In an interview with The Telegram, student Mark Hancock recalls the reaction by his peers: “We were in a state of shock; there were kids crying.”

The Wave is being echoed today in the authoritarian nature of the Social Justice Left. Fortunately, many people are realizing this and rejecting the prejudice and hypocrisy that defines this group. We also have to keep the Alt-Right away from the power we are taking from the Social Justice Left, and turn our attention toward egalitarian ideas and people who want to help everyone, regardless of race, class, gender, or sexual orientation. We should be highly suspicious of groups who display a cult-like following of a person or an idea, and we should not be afraid to criticize those groups, no matter how much power they have.