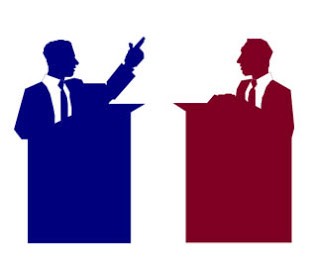 I have to imagine that Tim Brewster voted for President Obama. After all, the similarities between the reviled former Gopher football coach and the President are too obvious to miss. President Obama and Tim Brewster are both big on rhetoric. All Gopher fans remember Brewster’s famous proclamation that he was going to, “take the Gopher Nation to Pasadena.” As anyone who has watched the past 50 years of Gopher football, this was a decidedly ridiculous statement. A little more than three years after that moment, students were chanting for his head during games. This resulted in his firing in the midst of the 2010 football season.

In his push for the Affordable Care Act (Obamacare), the President made a statement that seemed much less preposterous, but turned out to be equally false. All Americans remember him saying, “if you like your plan, you can keep your plan.” Republicans warned that this would not be the case, but the President seemed sincere, so voters tended to believe him. Here we are, a few years later, and approximately 5 million Americans have lost their health insurance due to Obamacare, while only about 100 thousand Americans have received it.

When someone makes a promise and then does not keep it they are, at best, incompetent. At worst, they are a liar. In the case of Brewster, I tend to feel he was just grossly incompetent. I think he truly thought he was going to, “take the Gopher Nation to Pasadena,” when he said it. Many Americans are willing to give the President the same benefit of the doubt at first glance. Unfortunately, the facts don’t back this up. Evidence has come up in the past month that indicates that consultants warned the White House months and years ago that many people that liked their plan would not be able to keep their plan.

After the Tim Brewster firing, Gopher football was in the worst shape of the program’s long and storied history. Fortunately, the Gophers hired a little-known coach by the name of Jerry Kill to turn around the team. While Kill was met with initial skepticism, he now has the Gophers on the cusp of their first New Year’s Day Bowl since the 1960s in only his third year at the helm. America is faced with a similar situation under the Obama Administration. Where is America’s Jerry Kill? Who will emerge to lead the United States back to greatness? Many in the media focus on prominent GOP Senators such as Marco Rubio (FL), Rand Paul (KY), and Ted Cruz (TX). I think that the smart money is on the great group of GOP Governors that are quietly bringing about real conservative change in many states. Governors like Scott Walker (WI), Susana Martinez (NM), and Rick Snyder (MI). It will take a successful GOP governor to bring back America “brick by brick.”