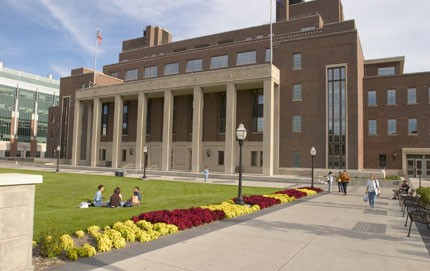 Several Minnesota gubernatorial candidates released their 2012 tax returns in November. The most interesting thing that we’re able to learn from these is how much the candidates have given to charity. One can certainly argue whether this has any bearing on someone’s ability to be governor. Although I don’t think it should be a contest, I do think it says much about someone’s character if he gives an exceptionally large or small percentage of his income to charity. Interestingly, of the candidates who have released returns so far, we do have two people who stand out.

Governor Mark Dayton (DFL) gave approximately $1,000 to charity in 2012 while making over $350,000 in income. Additionally, Dayton has a net worth in the millions of dollars as heir to the Dayton’s Department Store fortune. It’s pretty ironic that Governor Dayton, who has staked his political career on the idea that the rich should pay more taxes to help the poor, gave well under 0.5% of his income to charity. It seems that the governor is much more interested in taking other people’s money and giving it away than he is in using his own wealth for charity.

In stark contrast to Governor Dayton is State Senator Dave Thompson (R) from Lakeville. Thompson gave over $20,000 to charity while making just under $200,000 in income. That amounts to him having given more than 10% of his total income in 2012 to charity. Additionally, Senator Thompson doesn’t appear to be personally wealthy. This flies in the face of the typical DFL attack on Republicans. They argue that Republicans are just greedy rich people who don’t care about the less fortunate. But Senator Thompson’s charitable giving and Governor Dayton’s lack of charitable giving paints a different story.

Senator Thompson’s generosity is a great example of Republican ideology. Republicans care about the poor—they just have a different idea of how best to help them than the Democrats do. Republicans believe that many government programs could be better run by private charities and religious organizations such as churches. Republicans believe that people don’t get any moral high ground by taking other people’s money and giving it to the poor. Instead, people should be able to choose to give their own money. As Senator Thompson has illustrated, many will choose to assist the less-fortunate.

It’s important not to make too much of charitable giving. It doesn’t mean someone is unqualified or qualified to be governor. It does, however, provide an interesting glimpse into the character and private lives of the candidates. Hennepin County Commissioner Jeff Johnson has also released his tax return. Former House Minority Leader Marty Seifert said, “If not releasing my tax forms is important to you, then you don’t have to vote for me. I’m not hiding anything. I just don’t think most people care about it”