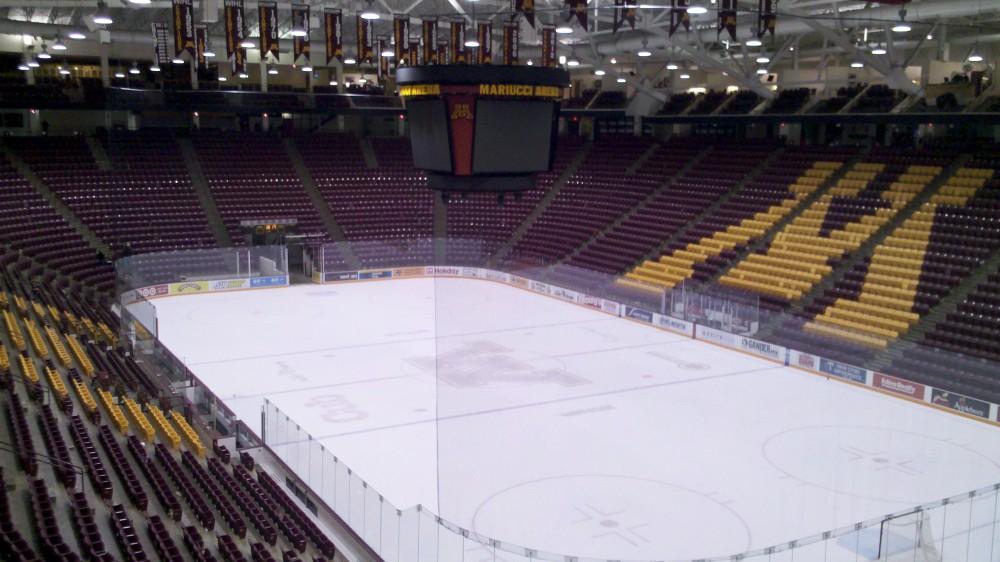 On the weekend of February 24, 4th ranked Gopher hockey took on the Wisconsin Badgers in the Border Battle. The Gophers split the series, falling 3-2 on Friday but returning the favor with a 3-2 victory on Saturday.

On Friday the Gophers took an early lead on a Vinni Lettieri goal in the first period. However, the Badgers responded in the second period with 3 goals of their own. The only other goal of the game came again from Lettieri in the final period. Despite taking 20 more shots than the Badgers, the Gophers could not overcome the Badgers productive second period. On a positive note, Vinni Lettieri had an impressive 2-goal night and is currently tied for 4th in goals scored in Big 10 games.

Saturday’s game also had Minnesota out to an early lead with goals from Rem Pitlick and Ryan Norman in the first period. Wisconsin tied the game with 2 power play goals in the second period. In the third period, Justin Kloos put the Gophers ahead with a goal with roughly 5 minutes remaining in regulation. Goalie Eric Schierhorn was able to keep the puck out of the net for the remainder of the game, and the Gophers secured the victory.

Schierhorn had 44 saves over the weekend.

The number of shots taken was fairly balanced this game with Wisconsin taking 31 shots to Minnesota’s 30. This is in stark contrast to the previous night in which the Gophers outshot the Badgers 38-18.

When asked how she felt about the series, University of Minnesota student and hockey fan Tiffany Nixon said, “I think the second two periods in Friday’s game were terrible. The team couldn’t get anything working for them and they seemed to stop trying about halfway through the second.”

Nixon had a more positive take on Saturday’s game: “Saturday was crazy fun though! They definitely rebounded from Friday and played as a coherent team the whole game. All in all, the border battle is always a great series and always way more physical than normal games for the Gophers.”

The Gophers and Badgers also split a series in Madison earlier this season, leaving the season head-to-head record now at 2-2.

The Gophers are currently leading the Big 10 with a 12-4 conference record.

The Gophers play their final home series of the season March 10 and 11 versus Michigan State, who currently sits at the bottom of the Big 10 standings.

The Big 10 Tournament then takes place March 16-18. Following this, the NCAA Tournament will begin on March 24 with 4 regionals: East, West, Northeast, and Midwest.

Winners of each of these regionals will go to the Frozen Four in Chicago to play a semifinal game on April 6. Semifinal winners will play in the championship game on April 8.

The University of Minnesota is currently ranked 4th in the nation according to the USA Today poll. The Gophers have a chance to make a run in the NCAA Tournament after missing the tournament last season. Minnesota has won the national championship 5 times—most recently in 2003. Though superstition is prevalent in sports, and many fans shy away from being too hopeful, expectations are certainly high for University of Minnesota hockey.