How to Avoid Becoming a Liberal in College 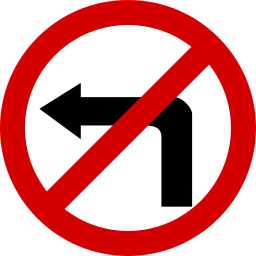 College will be an interesting time for you: new friends will be made, new paths will be forged, and beliefs will be challenged. This is an especially intriguing if you are conservative. As a conservative on campus, you will feel pressure to conform, your core convictions will be challenged, and you may even be labeled as a misfit, but do not worry, you will be fighting the good fight. As you begin or continue your journey at the University of Minnesota, you may find it helpful to take some tips to heart to ward off the liberalism.

Don’t worry about fitting in.

This may sound much easier said than done, but conforming to be like your peers while sacrificing your belief structure is a recipe for disaster. Conservative intellectual William F. Buckley Jr. correctly pointed out, “The largest cultural menace in America is the conformity of the intellectual cliques which, in education as well as the arts, are out to impose upon the nation their modish fads and fallacies.” Be prepared to have others’ views imposed on you, but resist the temptation to change your convictions, even when it would make your social life easier if you did.

Avoid the temptation to think liberalism is morally superior.

By now, you have probably been to your first class and saw the guy with the “Obama 2012” sticker on his laptop (Was he even old enough to vote then?) paired with the “Save our Planet” sticker, both of which liberals proudly display hoping to convey their moral superiority. Avoid this guy, and those who think like him. Just because someone has a sticker on his or her laptop does not make them a crusader for justice.

Challenge your professors and classmates, but don’t risk your grade.

When it comes to class discussions, prepare to be bombarded by “save the world” liberals who portray conservatives as evil. I once heard a young women in my Women in Politics course say, “People like Scott Walker deserve a special place in hell.” Feel free to express your beliefs in class discussions, but when it comes to writing essays, express ideas and opinions that your professor will find appealing (most likely liberal). It is not worth risking your grade to make a point to a professor. He or she likely will not care and will not agree, and you will suffer the consequences.

Understand you are in it for the long haul.

An undergraduate education lasts a fairly long time (four years for most students), and that means for an extended time period you will be vilified. To weather the challenge, journalist Ben Shapiro argues that conservative students must “embrace the fight.” Shapiro is right: The only way you will stay a conservative in college is by understanding that you will be defending your innermost convictions for the duration of your collegiate career. Therefore; you might as well embrace being on the defense and understand that debates will become a norm. For people who are interested in learning more about debating liberals, I suggest checking out Shapiro’s speech titled“How to Debate a Liberal and Win.” It is as thought provoking as it is entertaining.

Reach out to your conservative allies.

Although it may not seem like it, you have fellow conservatives on campus. If you look past the hipsters and the radical feminists, you will find people who share your beliefs. Check out the College Republicans, Young Americans for Liberty (YAL), the Collegians for a Constructive Tomorrow (CFACT), and Students for a Conservative Voice and get involved with the group that matches your favorite brandof conservatism.