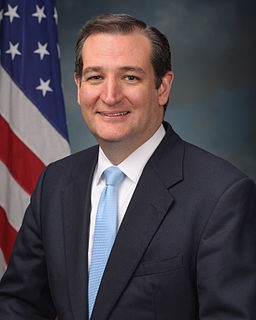 Tonight’s debate is the first of the new year, and also the first of the election year. Coming into the debate Donald Trump remains the GOP favorite for the nomination, but both Senator Ted Cruz and Senator Marco Rubio still hope to overtake Trump as the first in the nation primaries draw closer. Tonight’s debate offered viewers an entertaining and substantive discussion on domestic and foreign policy issues.

Donald Trump- B: In typical Trump fashion, the controversial businessman effectively utilized his humor to hand out character slams throughout the night, but he was dismantledby Senator Ted Cruz on the issue of the Senator’seligibility to run for President. Trump failed to provide anything new in this debate, but he continued his strong rhetoric on immigration and ISIS. Trump also portrayed himself as utterly incoherent on trade with China. Expect Trump to remain in a tough fight with Cruz for the nomination going into the Iowa caucuses.

Senator Ted Cruz- A: Cruz won the debate by exposing his impeccable debate skills and his depth of knowledge on tonight’s issues. He defended his eligibility to run for president, exposed Trump’s hypocrisies, and conveyed himself as a viable general election candidate. After catching up to Trump in the polls, Cruz seems poised to bridge the gap between establishment candidates and tea party outsiders to set himself up to win the nomination. Cruz did everything he needed to do to ensure a strong showing in the Hawkeye state, and possibly set himself up for a strong showing in New Hampshire as well.

Senator Marco Rubio- B+: Rubio brought a unique intensity to tonight’s debate that viewers have yet to see from him. He remained strong on foreign policy issues, effectively conveyed his support for the 2nd Amendment, and avoided being entangled in any childish predicaments on stage. Rubio needed a strong performance tonight, and he delivered. In addition, Rubio effectively conveyed himself as a candidate that can connect the GOP establishment and the base to win in 2016 against likely Democratic candidate Hillary Clinton.

Dr. Ben Carson- C: Two short months ago Carson looked to be a possible favorite for the GOP nomination, but times have changed. Carson’s lack of knowledge on policy comes out more during each debate, and he has failed to provide any specifics as to how he would better the United States. He did provide a spot of humor that was much needed during a debate dominated by intense rhetoric. His base still remains strongly devoted to him, but it is only a matter of time before his evangelical support shifts to a more viable candidate.

Governor Jeb Bush- B-: Bush’s performance has gotten stronger with each debate, but he has still failed to set himself apart from his fellow GOP establishment candidates. He lacked a strong soundbite moment, and offered little that primary voters haven’t heard before. Stylistically, Bush fails to speak eloquently and often stutters. In a field that is packed with great speakers, Bush ends up coming off as both weak and unpersuasive.

Governor Chris Christie- B: Christie has been surging in New Hampshire, and his momentum carried him forward in tonight’s debate. He remained tough, focused on his strong record as a governor, and avoided conflict with Cruz and Trump. Christie is in a fight with Rubio to represent the establishment GOP in the primary. A winner has yet to be declared in that fight, but Christie effectively conveyed a message of reigniting bipartisanship and strong leadership in Washington D.C. Christie gave specific policy answers as to how the country should rebuild its infrastructure, when the United States should intervene abroad, and why strong leadership is important.

Governor John Kasich- C: Kasich failed to differentiate himself from the field, and utilized the same talking points he has in the past debates. His record is strong: he helped construct the last balanced budget in Congress, resurrected Ohio as Governor, and has implemented conservative reform. Kasich has done an exceptional job as Governor of Ohio but his run for President is likely to end after the New Hampshire primary. He just doesn’t stand out enough in this race to continue much past then.