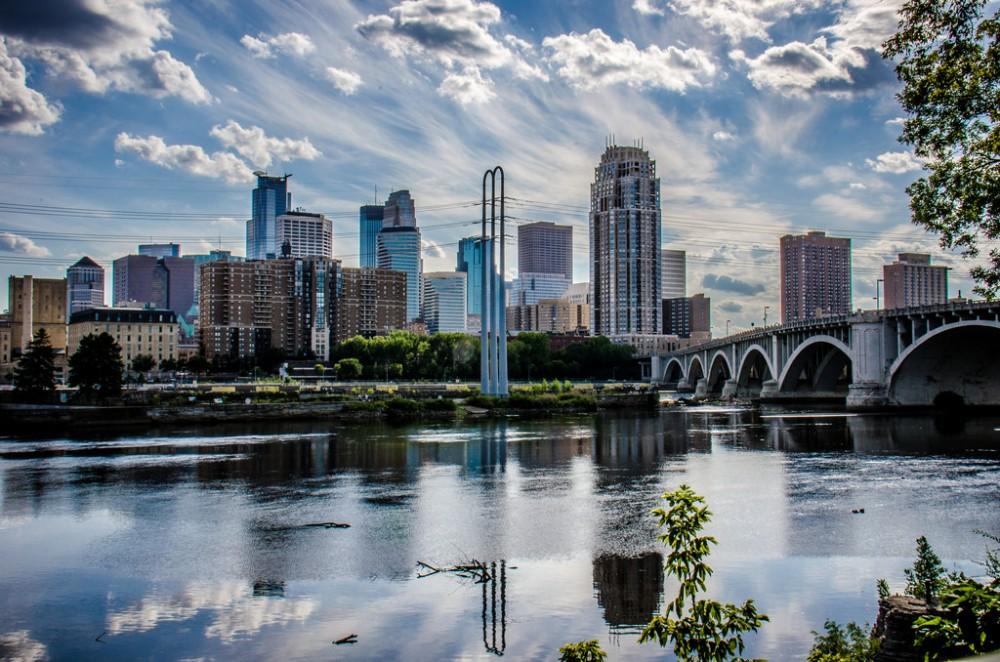 The Minneapolis city government has embraced a progressive agenda to help, or at least to look like they are helping their constituents. Despite the rise in violent crime (which includes rape, assault, homicides, and robberies) and a statewide increase in violence both from and directed toward the police, the city government has sidestepped the issues. Instead of solving actual problems that face the city, it has focused on passing ordinances letting the rest of the country know that the “Mini Apple” is a friendly place.

This past month, Mayor Betsy Hodges released her budget proposal for the next year. Despite speaking on affordable housing and the community’s relationship with the police department—strained after the shooting of an unarmed woman earlier this summer—Hodges primarily used the event to showcase her disdain towards the current president.

Hodges proposed a 5.5 percent hike in property taxes this upcoming year, .7 percent more than previously planned. This will likely force property owners to raise the rent on their tenants. In a city with growing housing affordability issues, Hodges virtue signaled her support for affordable housing while helping to make housing less affordable.

So far this year the city council has passed several ordinances to show that they are progressive and care about the city. Cam Gordon, the City Councilor from Ward 2, has written city legislation over the past several years that commit gross government oversteps, placed almost impossible hurdles on small businesses to peak, and an unjust burden on Minneapolis’ minority communities.
The Minneapolis City Council, in an ordinance written by Councilor Gordon, began phasing out the sale of menthol cigarettes in convenience stores.

In an effort to pass this ordinance, the City Council refused to conduct an economic impact study. Many small convenience stores depend on tobacco sales to stay afloat and pay their employees. These stores, which provide convenient necessities, have been passed over in favor of tobacco shops and liquor stores. Although low-income people and people of color are the primary consumers of menthol products, Minneapolis’ predominantly black and low-income neighborhood, North Minneapolis, does not have a single tobacco shop. People of color and lower-income whites now have to travel out of their neighborhood or to a liquor store to spend money on something that is perfectly legal to own. Unfortunately, that is not the only setback the City Council has forced on people of color and those who live in poverty. The small convenience stores that provide jobs will likely face financial hardship and closure because of the menthol ban. Increased unemployment in lower-income communities leads to more crime and poverty, thanks to fee- good and progressive City Council.

The City Council restricted the sale of menthol products away from convenience stores to specialty stores citing a need to protect children from exposure to tobacco. So now instead of bringing a child into a convenience store for a pack of smokes, a parent will have to bring them into a head shop where there are numerous items for sale that are marked “for tobacco use only” but are often repurposed to use illegal substances. This increased exposure to potential paraphernalia may have unintended consequences on the drug-usage habits of young Minneapolitans.

If you work in an unskilled job have no fear, the City Council is out to get you as well. The city is in the process of raising the minimum wage to fifteen dollars an hour. This will inevitably cut down on the number of jobs available in the community and prevent growth and progress. After seeing the flight of jobs from cities that raised the minimum wage beyond profitability, like Seattle, the City Council decided it wanted to virtue signal support for the poor and small business while simultaneously screwing them out of their jobs.

Jacob Frey, a member of the City Council running for mayor, has yet to write any ordinances to improve the city. Frey at one point proposed an ordinance to require bars in Minneapolis to provide earplugs to people. Frey, along with other members of the Council, is determined to tell the public what is good for them and how to run their businesses. Minneapolis is lucky to have elected leaders who know what lifestyle choices are best instead of people who want to make the streets safer at night.

A problem in the United States that gets more and more attention each year is the increase in human trafficking. Minnesota is the 13th most problematic state for sex trafficking in the U.S. despite being 22nd largest state by population. Large events are notorious for attracting sex work by providing anonymity in crowds and large consumer bases. The Mall of America, for example, is a well-known hotspot for human trafficking. Minnesota’s tendency to attract this abhorrent crime combined with the Super Bowl being held here this upcoming year, a big event on the sex work calendar, is something that city officials need to be aware of. It is a relief that the Mayor of Minneapolis and the City Council prefer to virtue signal progressivism and their disdain for President Trump instead of making Minneapolis a safer, more affordable place to live.