Why the United States Should Dismantle North Korea’s Government 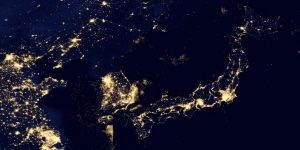 The Hunger Games, Divergent, and Maze Runner are the most popular teen fantasy post-apocalyptic book series of the last decade. They all also happen to be accurate, albeit extreme, representations of modern-day North Korea. In the beginning of each of these

In the beginning of each of these best-selling series (spoilers), there exists a government or organization that has successfully brainwashed the main characters into believing that there is no outside world, or if there is one, it is a barren wasteland the characters are forbidden to visit. In the end, the reader discovers that the government has been behind a conspiracy to save humanity through questionable or cruel means. The same can be said about the government of North Korea, which has been in place since the failed reunification of the Korean territory in 1948.

To date, the totalitarian of North Korea government has brainwashed its citizens through state-sponsored media (the only kind of media) and the total censorship of information from the outside world. North Koreans are indoctrinated to the Kim Il Sung belief system, where the government takes the place of religion and hierarchical status is determined by family loyalty to the state, known as Songbun. Up until 2009, everything was provided by the state through the Public Distribution System, where needs were assigned based on social standing under Songbun, but due to famine, black markets popped up around the country to feed its starving populace.

In the isolationist state of North Korea, everything is dictated by the government: education, access to utilities, and even citizens’ occupations. The streets are reminiscent of Fascist Italy during the 1940s when banners hung from every rooftop, displaying their beloved dictator’s face surrounded by obedient slogans. Women are second class citizens, and over 30 percent of the nation’s citizens are in the military.

Now that North Korea has been in the news because President Trump has threatened to quote “properly deal” with them after their statements about unabashedly using nuclear weapons, some people have expressed concern over how far Trump would go. North Korea is one of the most prominent human rights violators on the planet; it is also one of the greatest threats to global stability. All-out war is certainly the worst possible course of action, not only because most United States Citizens would oppose the war, but also because it would only hurt those who most need help – North Koreans. This is why the United States, with the help of South Korea and Japan, should cut the head off of the proverbial snake. Through a series of coordinated strikes and special forces operations, the United States and its allies could easily remove the totalitarian regime from power in North Korea. The best part? There are no radical groups to fill the power vacuum.

The best part? There are no radical groups to fill the power vacuum.

By eliminating the most openly hostile and tyrannical state in the area, regional stability and prosperity would increase dramatically. No matter who the territory goes toafter the North Korean government is completely dismantled, whether it be to China or to South Korea, the land, as well as the people, would economically boom. North Korea has the infrastructure of a third-world country, and land cultivation is at a minimum due to poor irrigation and farming practices. The electricity grid is so downtrodden that you can clearly see its border with South Korea. With the radical North Korean government gone, the United States, Japan, and South Korea could cease the annual military exercises and relax their hyper-attentive missile defenses around the demilitarized zone. Millions upon millions of people would be free to experience capitalist free markets and life without censorship.

While this course of action might seem extreme, it is no different than what the United States has done the in Libya, Afghanistan, Cuba, and many other states over the course of the past 50 years. Furthermore, none of those regime changes have resulted in the amount of good that would be done in the world if the nearly 27 million “citizens” of North Korea were to be freed. Famine could come to an end, the population could finally be free, and stability would come to the region.