Once Upon a Time in Hollywood, good but not compared to the hype 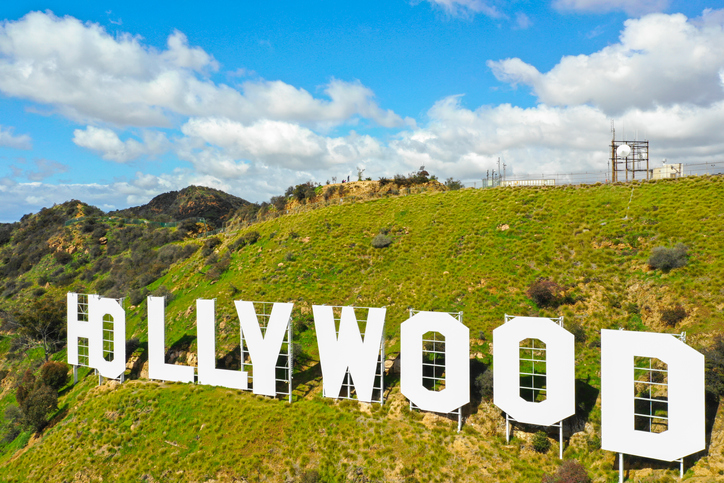 This past summer there were many highly anticipated movies that came to theaters. None, however, had higher expectations than the ninth film by Quentin Tarantino, Once Upon A Time In Hollywood. The film had a powerhouse of big names including Leonardo DiCaprio, Brad Pitt, Margot Robbie, and Al Pacino.

The story takes place in Hollywood in the late 1960s at the height of the hippy era. Rick Dalton (DiCaprio) and Cliff Booth (Pitt) are long-time buddies and acting partners. Booth also serves as Dalton’s stunt double. Dalton, a one-time western television star, fears his acting career is dwindling and is feeling out his options which include moving to Italy to shoot “Spaghetti Westerns”.

While Dalton is dealing with this midlife crisis, actress Sharon Tate and her husband Roman Polanski, a big-time director, move in next door. The historical nonfiction that takes place in the movie involves the story of the Manson Family, whom Booth encounters midway through the movie at the Spahn Ranch, a set that he used to act on but is now used to house the Manson Clan.

The family, essentially a cult at this point, plans to murder Sharon Tate and Roman Polanski. These events actually did happen in 1969 when members of the Manson Family invaded the home of Tate and Polanski and murdered them and their guests. Tarantino was reluctant to add this to the movie and instead had the fictional characters of Cliff Booth and Rick Dalton kill the invading members of the Manson Family as self-defense.

This leads to the movie’s ending as Rick Dalton meets his famous neighbors and has the opportunity to relaunch his acting career. The ending scene, however, unfolded very differently than many expected. Those in the audience who were familiar with the Manson murders probably assumed that Tate and Polanski were going to be killed. But those familiar with Tarantino’s style of fictional history, such as the murder of Adolf Hitler in Inglourious Basterds, most likely expected the twist of fate that occurred.

For me, I was astonished at the lack of blood, gore, and explosions that are usually associated with Tarantino movies. However, I thought this too soon as the ending of Once Upon a Time in Hollywood was anything but PG. From Cliff Booth’s pitbull tearing one of the Manson Family members to shreds to Rick Dalton using a flamethrower to incinerate another one of the members of the cult, the ending was a spectacle to see.

Overall, I thought the movie was a great ode to classic Hollywood and was told through some of the greatest actors of our generation. Quentin Tarantino has been known to use historical fiction and obnoxious camera effects in the past and Once Upon a Time in Hollywood did not disappoint fans of that.

Some of the biggest flaws I think Tarantino made was the lack of facetime DiCaprio and Pitt’s characters had with each other. The trailer made it seem that the entirety of the movie was going to be about the relationship between these two and that was hardly the case. I think viewers were excited to see how two of the biggest actors of our time worked together but did not get treated to such.

In addition, Margot Robbie’s character Sharon Tate had hardly any interaction with either DiCaprio or Pitt, which I found very shocking as Robbie and DiCaprio lit up the screen together in the past when starred in The Wolf of Wall Street. The trailer also had very little mention of the Manson Family at all which was a huge aspect of the movie and it’s ending. The final flaw that I saw was that it jumped around from scene to scene often, following the individual characters’ stories. I’ll admit did come together beautifully in the end but I think the audience really wanted to see the chemistry between these three actors more.

I am hoping there will be a tenth feature film by Quentin Tarantino as I do believe he is one of the more creative directors of our time.