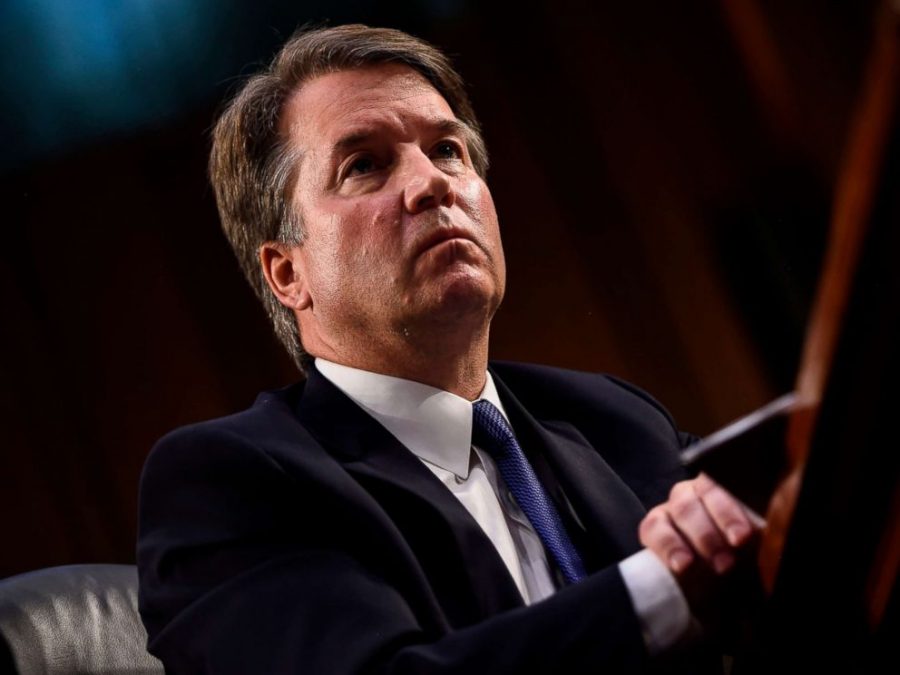 I have an honest question. Is due process even a legal standard anymore? If so, Supreme Court Justice Brett Kavanaugh is not receiving any form of legal justice as he continues to be slandered for vague allegations which supposedly occurred over three decades ago. In a “news analysis” article released by the New York Times on September 14, 2019, Max Stier, a classmate of Brett Kavanaugh, accused Mr. Kavanaugh of exposing himself at a party while he was a freshman at Yale University. Mr. Stier, now a nonprofit business owner in Washington, reported his account to the FBI, but no investigation pursued. Mr. Stier also refused to make additional comments and denied interview requests by the Washington Post. The woman who Brett Kavanaugh allegedly revealed himself to declined an interview by the Washington Post and friends say she does not recall the episode. Mr. Kavanaugh has also denied the allegations brought forward by Mr. Stier.

Yet somehow this vague allegation has resurrected a Democratic talking point from over a year ago. Brett Kavanaugh is once again under fire for a claim with no collaborative evidence and an unclear timeline. In other words, Justice Kavanaugh is a political football for the Democrats who continue to frame him as the embodiment of the corrupt, immoral Republican Party. At least six Democratic presidential candidates — Sen. Kamala Harris, Sen. Elizabeth Warren, Sen. Cory Booker, former San Antonio Mayor Julian Castro, South Bend Mayor Pete Buttigieg, and former Texas Rep. Beto O’Rourke — have publicly supported an impeachment trial of Brett Kavanaugh despite never being found guilty of a crime or even having a trial for the allegations made against him. Though impeachment is not a legal standard, there is usually some form of overlap or at least a proven breach of moral integrity. In Mr. Kavanaugh’s case, neither facet is relatively close to being fractured.

But pointing out that Brett Kavanaugh has been mistreated by the Democrats is about as grave of a political sin as there is in our political climate. It is irresponsible to ignore the legal process our nation has established in the name of partisan politics, and that is true on all sides of the political spectrum. However, the treatment Brett Kavanaugh has received from Democrats is at best obnoxious and at worst a detraction of the political discourse in American politics. The allegations are no longer a matter of right and wrong or innocent and guilty. Rather it has morphed into virtue signaling of the highest order. Either you support the Democrats and their agenda or you stand in opposition of women’s rights and the MeToo Movement.

I believe that two things can be true at once. Republicans and conservatives don’t have to accept a false dilemma where they are forced to choose between their values and supporting victims of sexual assault. It is more than practicable for both to coexist. Republicans and Democrats should work to find bipartisan solutions to problems regarding sexual assault and harassment, not degrading innocent people who stand on the opposite side of the political aisle. But the Democrats are desperate to bring down President Trump and his allies.

Brett Kavanaugh is just one of many pawns Democrats have in their arsenal, and they are not afraid to continuously revive his foundationless allegations. It doesn’t matter that they lost the first battle when Justice Kavanaugh was confirmed by the senate and inaugurated. Nor does it matter that Brett Kavanaugh’s legacy has been tarnished by the politicization of sexual assault. It seems that Democrats are more interested in achieving a liberal Supreme Court and taking down the president than finding and accepting the truth. Now, the question is where do Democrats go from here? Will they continue to push the allegations and have a pointless trial over impeachment, or will they take a less controversial route?

I believe a few things are certain going forward. First, Democrats will continue to accuse Justice Kavanaugh of sexual assault, tarnishing his hard work and legacy. Second, Republicans will continue to be shamed for supporting Brett Kavanaugh, despite no criminal convictions on his record. But most importantly, no matter how many new allegations are brought forward about Justice Kavanaugh’s past, his future is incontestably on the Supreme Court.