The ever increasing danger of climate change 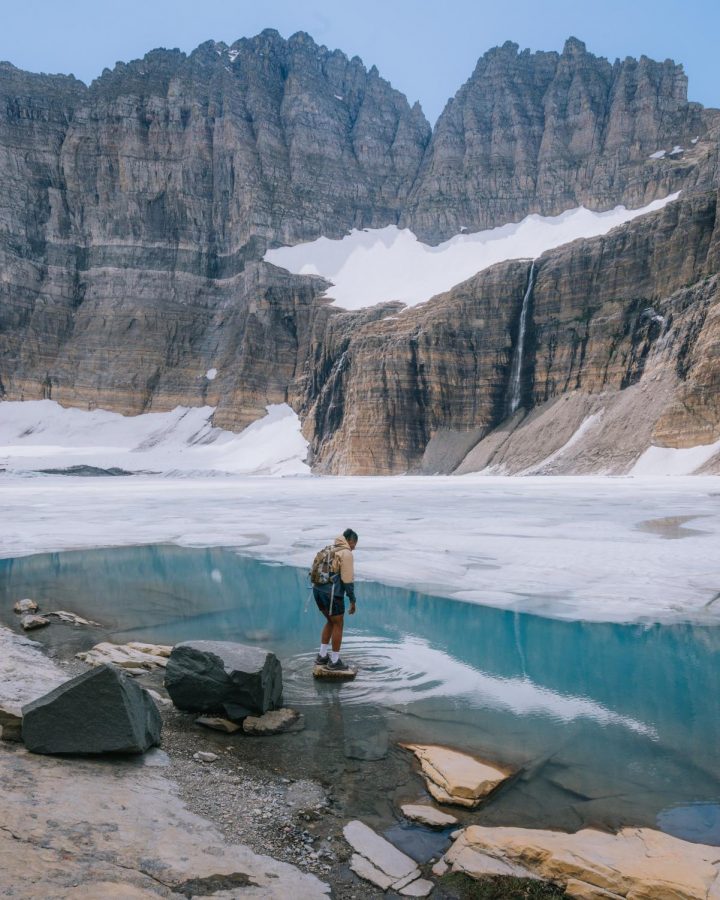 In August when this summer’s European heatwave finally made its way to Greenland, it began to hit the ice sheet that covers 80% of the country, and once again resumed its melting. This heatwave has been particularly horrible leaving over 900 died people across Denmark and Sweden as many people in these countries never had, or needed air conditioning.

Five of Europe’s hottest 500 summers have come in the last 15 years and many people have been affected, much like the 50,000 plus people that lost their lives in Russia in 2010. These mega-melts occurring in Greenland and at other glaciers around the world are causing severe problems that are directly linked to climate change.

This particular heatwave has caused half of the ice sheet to start melting and according to a study published in “Nature” on September 18th, this mega melt is causing Greenland to lose billions of tons of ice as well as thickening the remaining ice. These ice slabs are solid planks of ice that can be 50 feet thick and grow to cover up to hundreds of thousands of miles. These slabs are much denser and do not allow for melt water to trickle down through the pores in the ice.

Instead, this melt water gets trapped on top of these massive ice slabs and then becomes runoff as it slowly flows on the slab out of the glacier into the ocean. This melting has become so severe that the study’s authors believe more of Greenland’s surface will become part of these so called “runoff zones” leading to more flooding contributing to global sea rise. Dr. Mike McFerran, one of the study’s lead authors who is a Glaciologist at the University of Colorado, Boulder says,

Global emissions are continuing to reach record levels leading to 3 of the last 4 years being the hottest on record. Climate change is causing coral reefs to die, sea levels to rise, and droughts tied to heatwaves have had a massive impact on food security all around the world.

On September 23rd the United Nations will meet for a Climate Action Summit to increase action aimed at reducing emissions and increasing the  implementation of agreed-upon rules in the Paris Agreement on Climate Change. The latest analysis put out by the UN shows that by acting soon, we can reduce emissions within 12 years that will keep the global temperature less than 2.0 or even 1.5 ˚C above pre-industrial levels. To give some perspective a 4.5 ˚C change led to the last ice age.

UN Secretary-General António Guterres has called for every nation to come together in New York and bring a viable plan to enhance their nationally determined contributions by 2020. These contributions should be able to meet the goals of reducing greenhouse gas emissions by 45% in the next decade, ending with a net 0 emissions by 2050. Although lofty, these goals are necessary to reduce the already devastating impacts of climate change, not addressing these present issues will create more problems that will have to be fixed shortly down the road.

To overcome these challenges the United States should be leading the world as one of its most developed nations as well as being a part of the United Nations Security Council. Unfortunately, the US government has decided to roll back 84 environmental rules as well remove the United States from the Paris climate agreement.

Some of these rollbacks include but are not limited to, weakening of methane regulations and stopping proposed fuel efficiency standards. The change in methane regulations will eliminate federal mandates that require oil and gas companies to install technology which allows for faster detection and repair of pipelines. The plan for fuel efficiency changes would eliminate a proposed minimum goal of 54mpg by 2025. Hopefully, the United States rejoins the fight against climate change soon.