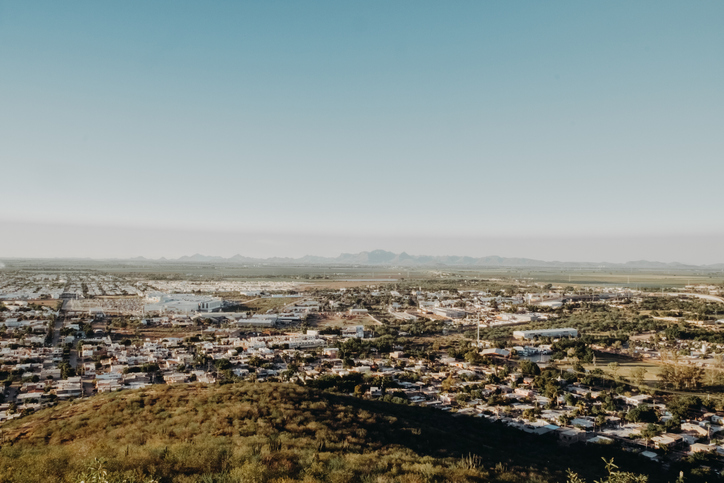 Rambo is one of the great American movie franchises. The entries are ostensibly all action movies, but ones that occasionally tap into deeper questions about war, loneliness, and the alienation veterans experience when they come home. This past September, the fifth film in this almost 40-year-old franchise was released – Rambo: Last Blood – and not without its fair share of controversy. Criticized for being an overly violent MAGA-fantasy, Rambo sits at a 27% percent on Rotten Tomatoes.

Set on the border between America and Mexico, John Rambo lives out a quiet life on a ranch with a female friend and her teenage granddaughter, Gabrielle, who is getting ready to go to college. Haunted by visions of the past, he spends his days digging tunnels, forging knives out of iron, and riding horses. Rambo acts as a father figure for Gabrielle, who has located her biological father in Mexico. Despite Rambo’s advice, Gabrielle drives across the border to confront her father and ask why he abandoned her. Following a conversation with him where he says he wants nothing to do with her, she is abducted into a sex-trafficking ring and drugged. After being captured by the people that kidnapped her, Rambo is left bloodied and bruised to be rescued by a journalist. Once healed, Rambo rescues a broken Gabrielle, setting off a grisly finale not too dissimilar to a violent remake of Home Alone.

Rambo: Last Blood is a frustrating and confusing movie. It wants to tell an emotional story with a satisfying conclusion to the Rambo franchise, as this will likely be the last film in the series given the lukewarm reception at the box office. However, there’s not much for a viewer to latch onto. The villains barely have personalities, the story reads like a rip-off of Taken, and there’s a disappointing lack of action until the last 20 minutes. If you go to see Rambo for any reason, see it for the climax, which represents one of the most over-the-top and violent spectacles you’re bound to see on the big screen this year. Just don’t expect to be enchanted by a grade-A story.

Rambo: Last Blood is even more disappointing when you consider that with a few changes to the story, it could have been genuinely fantastic. There’s the potential to get invested in Rambo and Gabrielle’s relationship, it just feels underdeveloped. The violent set piece at the end, enjoyable it may be, could have been replaced with more action scenes sprinkled throughout the run-time rather than the lion share of the action being right at the end. Even just a couple more scenes with the main villains would have gone a long way in making you truly hate them, rather than them just being proxies for the ambiguous “Mexican criminal underworld.”

Given its average nature, the most interesting thing about Rambo: Last Blood has been the reaction of the press and on social media. Countless journalists and critics have come out of the woodwork to denounce the film as “racist and misogynistic” on account of its portrayal of its Mexican villains as rapists and drug dealers. Most “reviews” of the film read more like an ideological analysis of its script rather than an actual review to let you know if it is worth your time and money.

The main issue with Rambo: Last Blood is the image of Rambo, the white savior, driving into Mexico to save Gabrielle from the evil brown men. Yet while critics may have political hang-ups about the film, audiences loved the return to the world of Rambo after over 10 years of silence, giving it a score of 82% on Rotten Tomatoes and a  B on CinemaScore. Rambo: Last Blood is just the latest entry in the recent trend of critics being hopelessly out of touch with audiences and what audiences actually like. While Rambo is far from a masterpiece, it taps into that macho, gun-toting side of Americana that is largely absent today. Temper your expectations and you might just be pleasantly surprised by this unapologetically violent return to the Rambo universe.