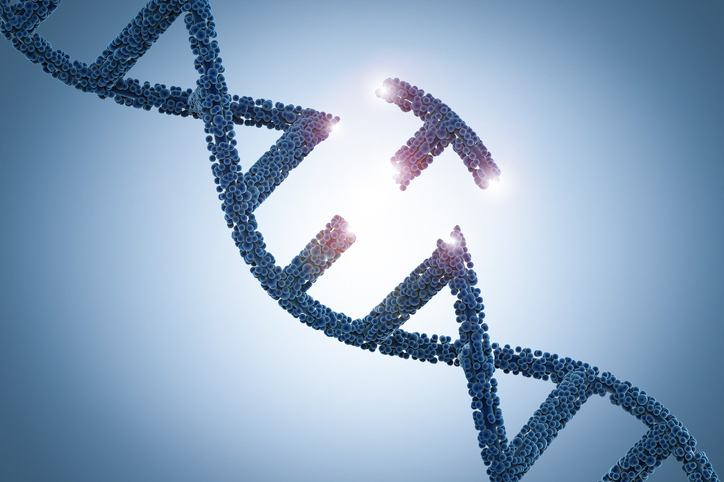 Overnight, the cost for gene editing was slashed by 99%, and the time it takes to conduct such gene editing experiments has dropped on the scale of years to weeks. Due to this severe cut in cost and time, just about any lab can conduct genetic-based research experiments.

Bacteria and viruses (or bacteriophages) have been killing each other for around 3.5 billion years, and in the everlasting battle, researchers have found a scientific breakthrough. The breakthrough was due to the discovery and application of CRISPR and the protein Cas9.

CRISPR is essentially a DNA archive used by bacteria that stores the DNA of any virus that is killed trying to take over the bacteria. Then the bacteria uses a protein called Cas9, which will match all foreign DNA that the protein comes in contact with stored in the CRISPR viral DNA library and destroys all DNA with a 100% match. The CRISPR revolution began when researchers discovered the extremely precise DNA cutting ability of CRISPR was programmable down to the individual base pairs that make up all DNA.

Another reason that CRISPR is a breakthrough technological advancement is its ability to work in live cells to turn genes off and on. This is useful as researches can monitor proteins created by the genes as well as other functions of the cell to determine how each specific gene will function in a live cell. Finally, the versatile use of CRISPR from microorganisms to plants and animals opens new avenues of research that have never been possible before.

In the past year, a biophysicist at Southern University Science and Technology in Shenzhen, China has faced extensive criticism and condemnation after revealing the use of CRISPR technology to make the first gene-edited babies with an induced HIV resistant mutation. The ethical concerns raised with this use of the CRISPR technology to edit germ-line cells are tied into the permanence of such changes on the child.

Although gene editing can be completed in one cell to see the effects, germ-line editing affects every single cell in the body and will change them permanently, including effects on future generations. Another concern from the scientific community is the misuse of such a breakthrough technology. Any germ-line editing comes with a lot of ethical concerns, and using such invasive techniques to treat a manageable disease where those affected can still live a long life is questionable.

The edited gene is called CCR5, and the mutation introduced disables it. The CCR5 gene encodes a protein that allows HIV to enter immune cells where the disease can reprogram the immune system to essentially become invisible and permanent. The gene was edited to mimic a naturally occurring mutation where CCR5 is not functional, but along with some HIV resistance, the mutation also has some nasty side effects.

A study published in Nature showed that people who have two disabled copies of the CCR5 gene are 21% more likely to die before the age of 76 and face increased susceptibility to influenza and West Nile virus.

Concerns of unseen adverse side effects in genetic editing have kept it for the most part away from human testing, as explained by Alcino Silva, a neuroscientist at the University of California in Los Angeles.

“It is foolhardy at this point to go ahead and start mutating genes in humans,” he explained while talking to Nature. “No matter how well-intentioned we may be when we design these genetic manipulations, we simply don’t know enough to be doing this at this time.” Silva’s team have studied some aspects of the CCR5 gene and have shown its linkage to a longer lifespan as well as improved learning abilities in mice.

They have also observed a faster recovery in people who have suffered strokes who lack a functional CCR5 gene. Silva compares the disabling of genes to removing the breaks from a car.

“The car would go a lot faster, but the risk and harm would be higher,” he explains. “Evolution has worked hard to give us the genes we need.”

Our understanding of the genes with important medical applications still has a long way to go before germ-line mutations should even be considered.