The stock market: A look at Q3 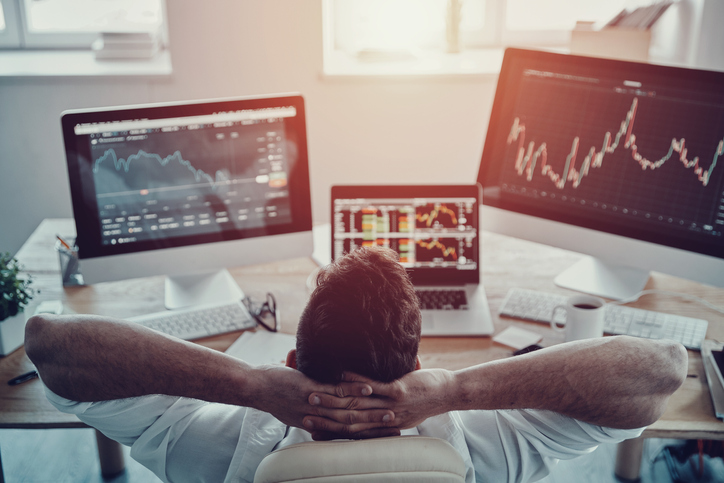 Let’s take a look into what’s moving the stock market this fall. As we all know, the economy is hitting a fragile point in which companies are changing, foreign relations are changing, and stocks are changing.

Just a few months ago, many economists were expecting our doom. After the shift in the yield curve (a complicated metric), statistics placed the United States in a position set for a recession. With that said, the recession is nowhere to be seen.

We’re expecting to see many companies among the Dow Jones Industrial Average release their quarter three statements, a time in which many stocks could change. Companies like Tesla, Microsoft, Ford and eBay are not only expecting to display their earnings, but also to beat their expectations.

Tesla and Elon Musk were once projected to ruin investor relations. The company promised profitability after a high opening market price but fell to the pressure with issues regarding production and taxation. After cutting 7% of their workforce in the last three months and slowing the company down overall, Tesla can finally present a profitable quarter after nine long years – good news for the tech giant and its investors.

Analysts on the floor are preaching that U.S. stocks are still “the best thing out there,” with regards to investing, as stated by CNNBusiness. Beyond what we’ve seen occur in the last year, the Dow is up 15 points, the NASDAQ is up 22 points, and the S & P is up 20 points.

Who would’ve ever expected those numbers? Over 55% of Americans own stock in a company. This is due to the rising popularity of index and mutual funds, a menu of various stocks and bonds based on risk level. With such ease of investing in these tools, the fantastic performance of the top three stock indexes pled well for the U.S. and its investors thus far.

One major topic that may cause a change to such positive news is regarding the trade deals with China. China is the largest producer of American goods. Even 78% of U.S. companies produce their products overseas in China, so the conflict between the nations are having huge effects.

Boeing, a company that has seen plenty of their own personal problems in the last year, is being slammed with tariffs on their aircraft parts. Their stock has taken a tumble, with many investors pulling out of the industry giant seeing that airplanes are not the President’s first priority.

All in all, what really matters now is the future. Economic indicators continue to show an expected decline in our economy. The hiring sector has already slowed from 2% job growth, to 1% in 2019. The stock market and the economy were once two completely separate entities. Now, trends in our economic development seem to yield indicators in the stock market.

With that said, dropping interest rates, decreases in spending, and volatile foreign relations may be the recipe to our demise. Even with a full trade deal in the works with China, the good news could be overshadowed by economic data and corporate downfall in the coming months. A steeper slowdown is expected. This indicates to investors, especially new ones (college graduates), to brace themselves for volatility.

“Earnings season has reached maximum disorientation,” says Jim Cramer of Mad Money. Volatility in a market has a few benefits. It’s an important time to watch for rare opportunities to invest. AT&T, BeyondMeat, and Lululemon are all stocks to keep an eye on going into 2020 with innovation being the forefront of analytical predictions. I think it’s safe to say investors will safely make it through these cloudy times.

Having faith in the Fed, as well as executives pushing to reach their marks, should solidify the fact that while our economy may be hitting a slump, there should be little panic. Be smart with where you put your money, and I’ll see you in quarter four.