Food waste: a worldwide problem with billions of dollars at steak 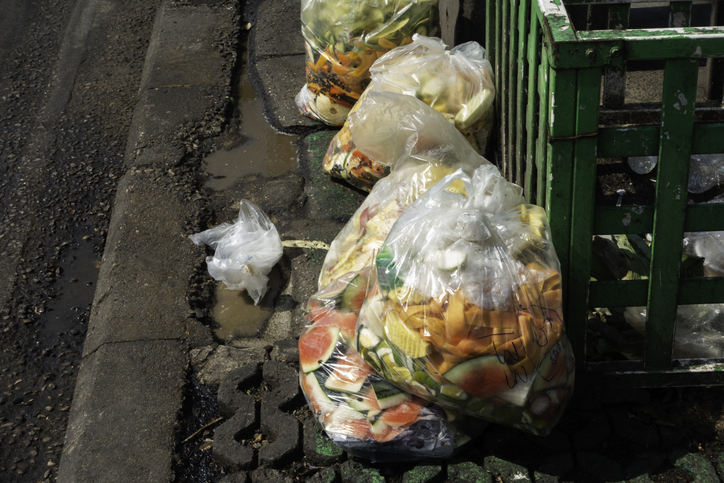 Since the 1970’s the population growth rate of Earth has slowly begun to decrease, reaching its peak in 1969 at an annual growth rate of 2.12%, according to the World Bank Group. Since then it has been steadily decreasing as the human population growth has continued on a steady decline to 1.10%, where it sits today. Even though the rate at which the human population increases is slowing, the overall population continues to grow. Therefore, global agriculture must develop as well to meet the increasing demand for food.

It is estimated that out of the 93 million square miles of habitable land (non-ice covered or barren land), only half is currently being used for agriculture. The other half is mostly forested areas (37%) while the last 2% is split evenly between urban and freshwater areas. As many of the problems with the current agriculture system are tied to its detrimental impacts on the environment, reducing the footprint of the crops and cattle of the world must be a priority.

The amount of food waste recorded by the United Nations (UN) is truly incredible. On average close to one-third of food produced with the intent for human consumption gets wasted, the UN approximates this to be around 1.3 billion metric tons or 4.19 trillion pounds worldwide. There is also a large disparity between nations depending on how developed they are in regard to the amount of food wasted.

This disparity can be further examined when the amount of food wasted in rich countries is compared to less developed areas. Consumers in rich countries on average waste 222 million tons a year, while the net food production in Sub-Saharan Africa per year is only slightly higher, at 230 million tons.

The large differences between developing and developed countries are also apparent in per-capita food waste. On average, people in Europe and North America waste between 95-115 kg; this is more than ten times the average amount of food wasted by people in Sub-Saharan Africa which the UN reports at only 6-11 kg.

Food loss can generally be split up into two categories. The first category is at the consumer level, which would be food going bad where consumers have access to them, such as in grocery stores or in the consumer’s home. The other category is at the producer to retailer level, which would be a failure for farmers to properly store their food as it is transferred to the market or grocer.

Disparities are also found when comparing the method of food loss between developing and developed countries. While developed countries see 40% of their losses at the consumer level, developing countries see more than 40% of their losses as food is being transferred from the producer to the retailer. The large differences seen can be attributed to the differences in the infrastructure of each country. The problems affecting developing countries arise early in the agricultural process and can be attributed to managerial and technical constraints.

For example, harvesting techniques and the cooling facilities used as storage are some of the specific factors limiting the ability of the producer to reach the retailer. One method of addressing food waste in developing countries is with direct investment by the country’s governments in their infrastructure or in their farmers’ technology. Additionally, expanding the food packing industry could also increase the ability of farmers to get their products to retailers by increasing the shelf life of all packaged goods.

Developed countries, on the other hand, see problems later on in the supply chain. In a United Nations study, researchers determined the majority of food waste can be attributed to consumer culture and the coordination between the different groups within the supply chain. Raising awareness among industry heads, retailers, and consumers tied in with finding beneficial uses for any left-over food are encouraging tactics that could be implemented to reduce the ridiculous amount of food waste.